India’s first culinary museum
More than the Portuguese plates, and bowls dating back to Harappan era

In an attempt to preserve the extensive variety of India’s culinary richness, which dates back to the Bronze Age, India will soon open doors to its first culinary museum in Karnataka.

The project valued at approximately USD 4 million, will ultimately display more than 10,000 objects, including the plates made by the Portuguese in India, a 100-year-old ladle used to dole out food at temples and bowls dating back to the Harappan era.

Stretched out for over 25,000 square feet, most of the pieces displayed at the museum will be showcased as a witness to the Indian history and cookery traditions. As the founder and curator of the museum, Khanna handpicked most of the wares and dedicates the collection to his late father as a symbol of gratitude.

He has been collecting utensils all his life – from rolling pins, tea strainers of different types and weighing tools, some of which are so unusual that many people don’t even know what they were used for.

The concept of the museum owes it development to the many museums in the United States of America (US), witnessing which Khanna thought of dedicating one to Indian culinary history. According to him, the Americans have spent billions of dollars to showcase their culture and the young Indians too need to know about their heritage.

The museum already treasures hundreds of utensils and vessels including some from Jammu & Kashmir, Konkan, Udipi, Chettinad, Pune, Hyderabad, Kochi; an old seed sprinkler, Indian Jewish Seder plates, unique churners, and measuring and weighing tools, amongst many others.

The displays at the museum will be rotated occasionally, and people can donate their unique utensils, which will be displayed in the museum after screening. Once the museum opens its doors for the public, it will also loan utensils to museums in New York, Madrid, Tokyo, Beijing, London and other cities around the world to showcase the Indian culinary heritage.

Putting on display the history of India’s rich tradition of culinary arts, the museum is set to formally open in April next year.

Places to get the best Bengali food in Kolkata

A lesson for mankind - Arunachal’s Apatani

The enlightening tale of a small tribe in Arunachal Pradesh 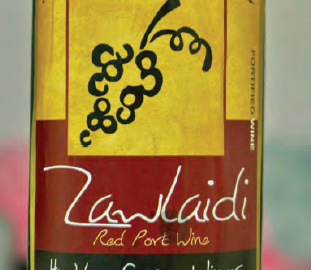 What is brewing in Indian backyards?