Positioned as the gateway to the African continent, Botswana offers huge opportunities for Indian business to capture the African market

As business leaders from around the world gather in Botswana’s capital, Gaborone, for the 13th edition of Global Expo Botswana, India will be making its biggest ever appearance at this key annual business meet.

Indian Vice President Venkaiah Naidu and his host Botswana’s Vice President Slumber Tsogwane will jointly inaugurate the GEB 2018 on Tuesday. The keynote speaker at the event is Anil Agarwal, chairman of Vedanta, one of the largest mining companies in the world. The theme of the event this year is quite appropriately titled: “Seizing opportunities through networking with global business leaders’’.

Though India has been participating in the GEB over the years, this year’s participation is expected to be much higher, thanks to the presence of Naidu and Agarwal. The focus sectors for India would be agro-industry, textiles, energy, infrastructure, engineering, Information Technology, consultancy services as well as tourism.

Global Expo Botswana has experienced a steady growth regarding participation of investors and exhibitors. Last year, 208 exhibitors, from 17 countries including India, took part in GEB and the keynote address was delivered the British business leader, Sir Richard Branson, chairman of the Virgin Group. As the least corrupt as well as most stable and peaceful country in Africa, with a consistently growing economy, Botswana has been attracting investors from around the world and this is reflected in the increasing participation at the GEB over the years. According to the organisers, all the exhibition space at GEB2018 has already been sold out and now they are looking at creating extra space for exhibition to handle the overflow in demand. 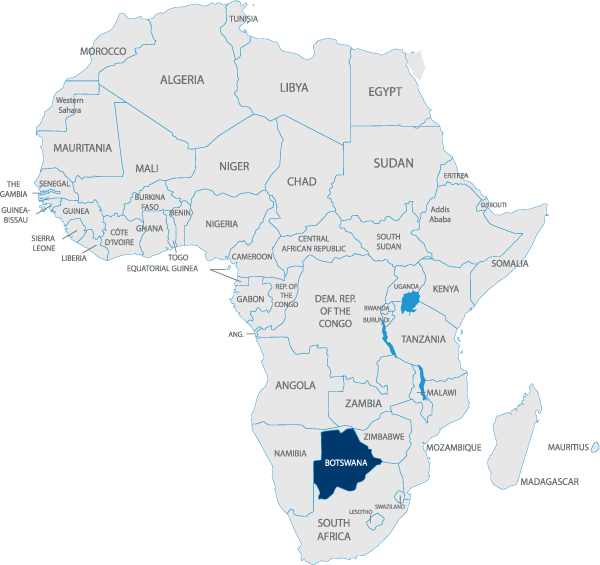 The main objective of the GEB has been to drive foreign direct investment into Botswana as well as development of joint ventures to allow Botswanian companies acquire the know-how in various sectors. Towards that end, the Botswana Invest and Trade Centre, the body incharge of GEB2018, will organise various events including direct buyer and seller interaction, Business Matchmaking, Business Workshops as well as Investment and Trade Conferences focused on various themes and sectors.

GEB’s success can also be gauged by the fact that FDI inflows into Botswana increased three-fold, from USD 129 million in 2016 to USD 401 million last year, taking the total stock of the FDI to nearly 36 percentof the GDP in the country of less than 2.3 million people.Botswana’s GDP grew by over 3 percent last year and was at USD 17.5 billion. With a per capita GDP of nearly USD 8000, Botswana is one of the most prosperous African nations.

Another attractive aspect of investments in Botswana is that it offers immediate and duty-free and quota-free access to several key markets including the European Union and the Southern African Development Community, a group of 15 Southern African nations with a population of nearly 300 million and a combined GDP of nearly USD 600 billion.