AI: Augmented inequality?
The race between man vs machine 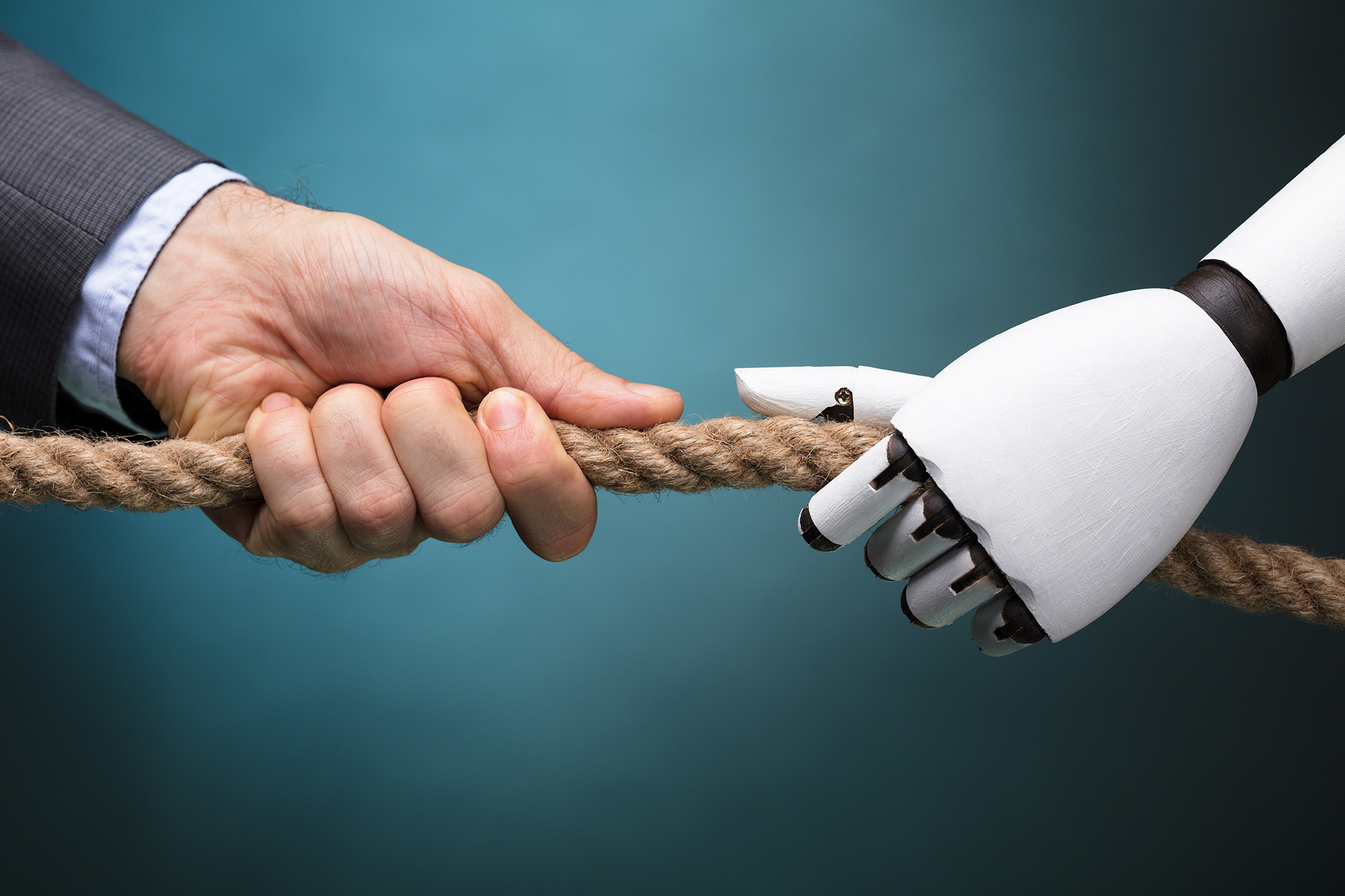 Governments need to take an active interest in how automation and artificial intelligence will shape the human society in the near future.

There is little doubt about the benefits of the current rush towards new technologies that are rapidly transforming our companies, industries and indeed the way of living across the globe. Augmented Reality, Virtual Reality, Automation, Bio-engineering, Industry 4.0 or Artificial Intelligence.

Companies around the world, irrespective of the country or the industry in which they operate, are adapting or at least preparing to adapt these innovations, if not enthusiastically then at least by compulsion as they fear being left far behind in this latest race towards the new pot of gold at the end of the rainbow.

Though it is still early days, as many of the technologies are in the trial phase or at the stage of initial development, some impact of the revolution is already being felt, most of it positive, for now. The business models of practically all of the unicorns (start up companies with valuations of at least a billion dollars) are based on the new technology. Several of them have seen their valuations reach sky high levels even though they continue to bleed hundreds of million of dollars each year as they pursue perfection of their businesses, in an attempt to arrest the losses.

In many cases, the valuations of the loss-making unicorns exceed those of globally well-known companies with established businesses, consistent profitability and strong balance sheets based on proven business models. Yet, the lower valuations of these companies makes it more expensive for them to raise capital. Hence, even the traditional companies feel obliged to adopt the new technologies or adapt their businesses accordingly.

But one gain that they all see and are excited about is cutting the payrolls as robots, machines or computers take over the tasks performed by workers now. Though, deploying fewer workers for the same or even higher output has been the trend for decades, this process will gain huge momentum and it will spread to sectors so far left untouched or those businesses that had emerged from the previous round of automation such as the IT industry or the financial industry.

Looking at the stage of development of AI and other technologies, the global impact, within next decade or so, is surprisingly large. A study by McKinsey, a consultancy firm, says that the automation will lead to job losses of between 400-800 million by 2030, chipping away at nearly a third of the total work force in the world. Another study by Brookings Institution predicts even a grimmer future with job losses topping 38 pc of the global work force.

The robotisation of the workplace is certainly a huge plus for any business as it immediately boosts profitability, meaning higher packages for the CEOs and better returns for the shareholders. And in this zero sum game, the workers displaced by robots are the losers as many of them, or even most of them struggle to find another equivalent job.

It may be early to establish the impact of job losses by the current revolution, but the impact of the previous phases of job losses, especially in key sectors like textiles, steel, mining and automotives in the developed countries is there for all to see. It is these displaced blue-collared workers, from mining, steel and the car industry, in the US that propelled Donald Trump to his rather surprising electoral victory in 2016 and it is this group of population across the EU that has led to the sharp growth in support for populist parties, many of whom now govern countries like Italy, Austria or the Netherlands and are serious players in almost all other European nations.

If the scenario is despairing in the developed world, it is nothing short of catastrophic in the developing countries. The West has already reached a very comfortable standard of living, with reasonably good social security, for its populations which are broadly declining, hence reducing at least the number of citizens that may be left behind in the race to automation.

But in the developing countries, practically all the parameters are just the opposite. Populations are rising across most of the developing nations, increasing the number of people joining the workforce. A very large number of people are already unemployed and the numbers as percentage of total population are broadly rising. India, for instance, has recorded its highest rate of unemployment in the last five decades, data from a leaked employment report of the government suggests.

The concept of a social security net is practically unknown in these countries as the governments struggle to balance budgets and the standard of living even currently is almost undignified for a human being. Access to health, education, drinking water on tap, a house and clean air is still extremely limited and of doubtful quality even where available.

Certainly, there are sections of population even in the developing world who are better off today than earlier. And of course, the top of the pyramid is growing both in numbers and in sheer wealth. But the gap between the top and the bottom of the pyramid has been rising, especially sharply in large countries like the US and India. A report by Oxfam, a British charity, released in January, said that while the cumulative wealth of the billionaires in the world grew by USD 2.5 billion every day in 2018, over 50 pc of the world’s population has to make do with only USD 5.5 a day. A mere 26 of the world’s richest persons have the same wealth as 3.8 billion people.

The same report showed that only one percent of India’s population has 73 pc of the country’s wealth, a sharp rise from the previous year. This sharply increasing gap is what should set the alarm bells ringing in the government and the society at large. It clearly indicates that the economic boom and modernisation has hurt rather than helped a vast majority of the people. Oxfam notes that between 2006 and 2015, when India recorded its highest ever economic growth, averaging over nine percent a year, the wages of the ordinary workers increased only by two percent a year, while the wealth of the billionaires grew six times faster, exacerbating the gap.

If this is the situation before the full impact of robotisation is felt, then the situation in 2030, as predicted by the McKinsey report should send shivers down the back of global political leaders. They can no longer watch from the sidelines, but need to take a proactive role in the future of work.

One thought on “AI: Augmented inequality?”

Artificial Intelligence comes to the rescue of banks

A quick guide for the tenderfoot

Now machines with AI will do the talking