Claude Micallef, sales director, Bateaux Mouches spoke to India Outbound about his plans on how important is the Indian market for them and how are they planning to expand with the changing demands.

What’s new at the Bateaux Mouches this year?

We are celebrating the 70th anniversary of the company, which was founded in 1949 by Jean Bruel. From a single cruise boat, now, we have a fleet of 15 boats, 11 boats for the sightseeing cruise and four for the restaurants (dinner boats).

When you started off in 1949, you must have been catering to mainly Parisian or French clients, today what’s your market?

Well actually in 1949, I don’t think the creator of the company of the Bateaux Mouches thought that it would become this big. Today, we are not just a cruise company. We are a destination in itself as Bateaux Mouches is the fourth site to be visited in Paris, with 2.5 million people visiting every year. So, it’s quite a large number. Now, we are targeting few nationalities like Chinese, Indian, and Korean, as well as central European.

How are you adapting to different markets? Are you customising your offer to each market?

First of all, I think what is important today is to go to different countries where the people live; to understand the way people are behaving, what they like, what they need, the request of the travel trade professionals as well. When you have all this information, you can adapt and project as well to the nationality that you have visited. Like for example for the Indian customers, we are going to launch an Indian menu for the lunch and for evening.

And what will be the elements of the menu? Will it have a vegetarian option?

It will be vegetarian, non vegetarian as well as Jain. Anything you will ask, you’ll get it. We are customising the menu for the Indians.

How important is India as a market, for you?

For me it’s very important, I have got a personal feeling for the Indian people. I’ve been working in this market for more than 20 years, and this is the first market I’ve worked on as a sales manager, and it had reacted then as it is reacting now. If I had placed a bet on the growth and future of this market 20 years ago, I would be probably a millionaire now, because I think I was targeting the right people at the right time. It is a potentially growing market, it’s very interesting, the MICE market is taking a big part now of the business, it used to be 100 pc leisure for years. Now, MICE is 30 pc of the Indian market, 40 pc actually if you include large groups and weddings as well. So, professionally Indian market is very important, but in my heart as well.

How do you ensure a good hold over the market in India?

The relationship that we already have with the trade professionals, like I have said, it has been 20 years we are working in this market, so the people who used to be the sales directors are now the CEOs of Thomas Cook India, Cox and King etc. All these relationships have stayed strong and we have trust in the relationship, so any new product you launch, especially in this kind of business like Bateaux Mouches they follow you, as they trust you.

Who’s your competition here? And how you’re competing?

We are competing with ourselves. By creating and innovating and by being original, this is where you need to be. What would you be, what would you like and what is expected of you to do, to be number one. Today, Bateaux Mouches is a brand and not just some touristic site like it used to be. It has become a destination; we have different sites, we have two rooftops, we have a restaurant-Le Club, we have a bar and we have animations every night.

Talking about the youth, they are getting married, so we are actually organising the weddings here as well, for 500 people or 1,000 people and like an Indian wedding. We are going to show you in a few months, we are going to have some animations as well, which have been booked, and they are essentially for the youth. And when you actually show them what the animations are possible around the company Bateaux Mouches on all these sites, they know that it is not a has-been place, but a trendy place today.

What kind of market share you have for tourists, especially for Indian tourists?

What is your strategy to keep growing in India?

Like I say, to be innovative around the sites. You can be the best, but if you don’t show yourself in many countries, if you don’t promote your sites, nobody will notice you. If it is India or any other country, it is the same kind of promotion, same kind of strategy.

Is pricing important? Because for the Indian people, it is a key factor. So how is your pricing vis-à-vis the competition here?

Are you also tapping the tier II cities in India to capture that market?

Yes, Ahmedabad, Surat, Hyderabad, Chandigarh, Pune, Chennai, Lucknow, all these cities are also being targeted. And a few more to be added in the coming few years. Nobody is left aside.

How are you reaching the FIT market directly or more through B2B?

I believe the Indian market is still in this kind of business, getting to a good travel agency, wants to be secure. It’s like a cocoon, they need to be sure of what they will get. As long as they are paying for something, you need to deliver. So, they go to a good travel agency to be secure. So, we still work like this. And of course for the adventurous and more aware travellers, we have our website as well.

What is the target of growth this year, both globally and from Indian market?

To be honest if we can reach a growth of about 20 pc more Indians and other clients by next year, I will be thrilled. Because our team and my boss are doing everything to target and promote the destination the company Bateaux Mouches, we are doing everything we can do.

What kind of growth you’re expecting from the Indian market?

Films are very important in India, are you trying to tap the film industry in India?

Yes, last December we went to Mumbai to meet the Indian film producers and we met a lot of producers and an Indian minister as well. As you can see the sites, we offer a good location setting for all kinds of films, including the big budget ones. We have already had the shooting of James Bond and Tom Cruise films. So yes, everything is there to make a movie. And yes, we are targeting the Indian production houses as well. 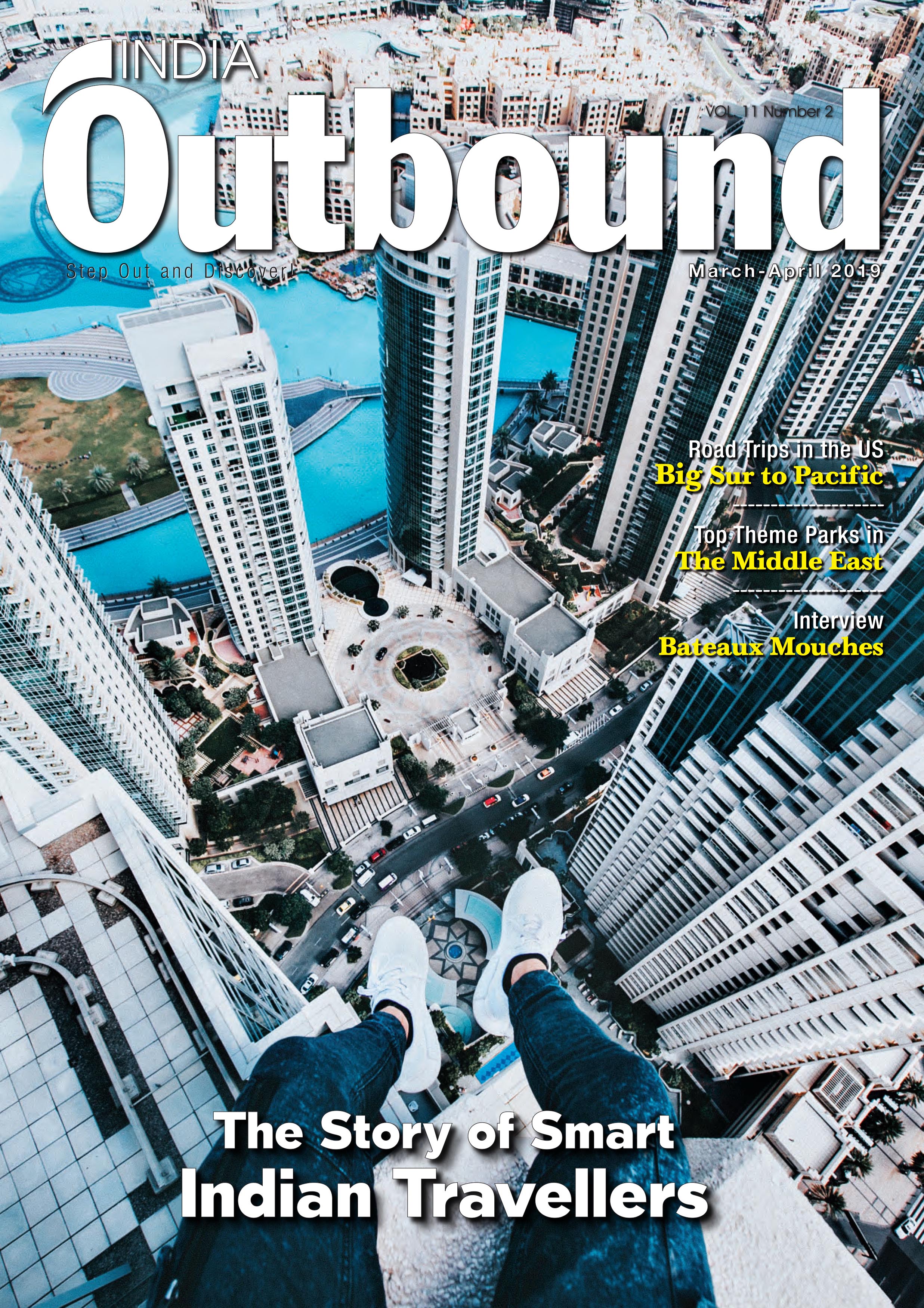 This issue of India Outbound opens with a collage of our memories from around the world with little notes that might inspire you to travel. India has become the fastest growing outbound travel market ... Read more