Fancy a bit of snowboarding or skiing action during the day and a party at night? The Snowbombing festival offers all this and lots more over five days in early April. Primarily about the snow sports, this festival gives you plenty of chances for you to get out there on the white stuff and learn how to ride skis or a snowboard. This is one where you’ll need to pack some serious energy with you.
When: April 6-11, 2015
Where: Mayrhofen, Austria
Website: www.snowbombing.com

AfrikaBurn is the spectacular result of the creative expression of participants who gather once a year in the Tankwa Karoo to create a temporary city of art, theme camps, costume, music and performance! The main sculpture at this art event is called the San Clan and it’s designed to look like a San rock art glyph of a group of people to convey the sense of unity at the event. This year’s theme is ‘The gift’.
When: April 27-May 3, 2015
Where: Tankwa Karoo National Park, South Africa
Website: www.afrikaburn.com

The Venice Biennale is where art lovers and the “who’s who” of the art world flock to see new trends and works by the greatest artists of our time. The result shows scattered throughout one of the world’s most awe-inspiring cities and in the Biennale’s two main venues, focusing on painting, sculpture, experimental media, photography and the latest forms of artistic expression.
When: May 9 to November 22, 2015
Where: Venice, Italy
Website: www.labiennale.org

This International Film Festival was created by a French Minister of Education and Fine Arts who was keen to establish an international cultural event in France to rival the Venice Film Festival. The festival is a social as much as a professional event and hundreds of thousands of guests enjoy the atmosphere. Worth a trip even if it’s just to star spot. There’s also an open-air cinema on the beach showing Cannes classics.
When: May 13-24, 2015
Where: Cannes, France
Website: www.festival-cannes.fr

Sedan Castle is one of the great European castles and is a worthy host for the thousands of people who come here to experience the atmosphere of the Middle Ages for this medieval festival. Traditional banquets, fairs, tournaments, wrestling competitions and sword duels await festival goers. The city of Sedan is located in North France, in the Arden region near the Belgian border. Once a year the city and the castle hold a medieval festival.
When: May 16-17, 2015
Where: Sedan, France
Website: www.chateau-fort-sedan.fr

Since 2005, selected European museums have opened for a night, free of charge. The event takes place on the closest Saturday to May 18, simultaneously in countries that have signed the Council of Europe’s cultural convention. Over 1,200 French museums take part in this, and 98 per cent of them open to the public free of charge between 1800 hours and midnight. Most museums offer story-telling tour, torch-lit tour, concert, workshops for children and many more.
When: May 16-18, 2015
Where: All over France
Website: www.nuitdesmusees.culture.fr

Star of the White Nights

This festival is an extravaganza of the arts — music, opera, ballet, film and outdoor celebrations, including Scarlet Sails, a fleet of red¬- sailed, tall ships with a gunpowder-packed fireworks show. Long walks along the River Neva reveal roving gypsy bands, jugglers, sword swallowers, fire eaters, even stoic Russian mimes who might surprise you with their humour. And come 2 am, the drawbridges raise their arms in awe.
When: May 23 to July 10, 2015
Where: St. Petersburg, Russian Federation
Website: www.balletandopera.com

Initially inspired by Oktoberfest, the event was first named Juli Spass , which means “July fun” in German. The name never stuck, because people wanted something a little more inclusive-sounding than a German festival. The first festival sprawled among 35 locations throughout the city and included events as seemingly disparate as an air show, a film festival and a pageant—in addition to all the music.
When: June 24-28; June 30-July 5, 2015
Where: Milwaukee, Wisconsin, United States
Website: www.summerfest.com 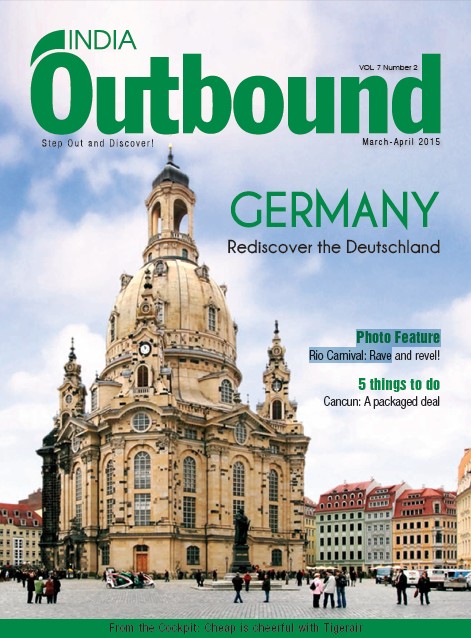 Events around the world
Close

Events around the world