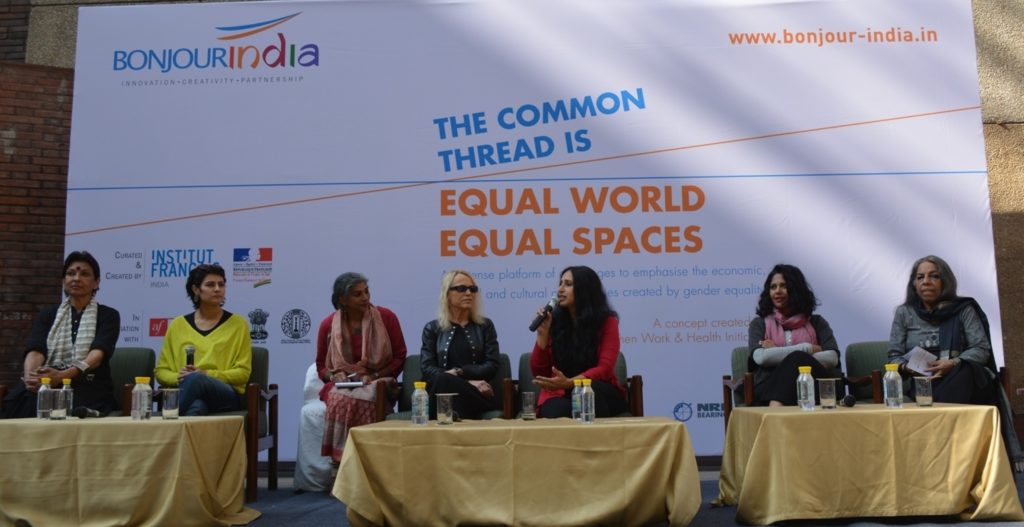 Following the launch of Bonjour India, an intense one-day platform for exchanges on gender equality was organised by French Institute in India in association with Women Work & Health Initiative (WWHI), a non-profit organisation.

Inaugurating the event, Dr Bertrand De Hartingh, curator general of Bonjour India and director of the French Institute in India said, “Equal World Equal Spaces is a platform that will do more than highlighting the condition of women. It aims to find tangible and positive solutions to bring equality to our daily lives. It triggers a momentum that is meant to be enhanced and nurtured by all those aiming for an equal world with equal spaces for all.”

There were charged discussions on violence and harassment faced by women, lack of gender sensitivity, the politics of power, patriarchal social conditioning of young girls, challenges faced by women in different professions and social strata – especially the lower income groups, progress of feminist movement in different countries and what lies on the road ahead, parenting free from any gender bias, corporate and government responsibility in framing women-friendly policies, training and retaining women in workforce, sharing of domestic duties among couples, creation of a stable support system for working mothers at domestic as well as professional level, etc.

Laure Adler emphasised that inequality and imbalance stem from the fact that our education system binds men and women into sexist stereotypes from a very young age, and that despite popular belief, women do not share an equal status even in countries like France. She proposed, “When you give girls a chance at the right education, they gain confidence in themselves and as soon as that happens, the future belongs to them.” While Miniya Chatterji (CEO Sustain Lab, France) shared an interesting insight saying, “Education gives the ability to make an informed choice but an individual also needs an environment, a social setup that allows and facilitates everyone to freely implement that choice – something that largely lacks in India.”

Speaking of why men also need to be a part of the movement for equality, Mallika Sarabhai (dancer, Darpan Performing Arts) remarked, “Men repeatedly come up to me and say that they do not want to be the ones with all the answers, or to necessarily be the bread winners and decision-makers, but they have no choice.” The panellists agreed that men are falsely made to believe that their masculine identity and power lie in exercising force over women. So they are in fact, as imprisoned by gender stereotypes as women, but although a large number of women have started fighting for equality, men still remain largely unaware of their prisons.

The evening was concluded with a show put up by Radio Live wherein French journalists, Aurélie Charon and Caroline Gillet, invited young artists, activists and budding professionals from India to talk about their journeys, hopes and fears. Through recorded testimonies, interactions with the audience and live imagery created by illustrator, Gala Vanson, the journalists mapped cities in real time while underlining ongoing shifts in the society.

One million Indian Muslims sign petition against the practice

‘Lipstick Under My Burkha’ to hit theatres on July 21

Taking strides in freedom of expression for women 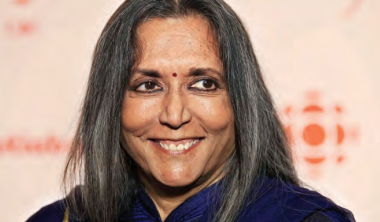 Deepa Mehta Uncovers the Monster in a Rapist

One million Indian Muslims sign petition against the practice

‘Lipstick Under My Burkha’ to hit theatres on July 21

Taking strides in freedom of expression for women

Deepa Mehta Uncovers the Monster in a Rapist