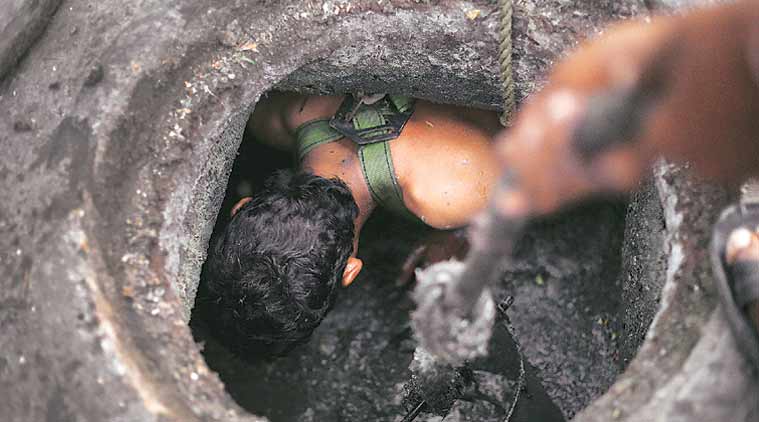 Even though government and private organisations are aiming to improve the health infrastructure in India, with the increasing cases of scavenger deaths and infant mortalities, the country is still toiling to eliminate its health concerns and social taboos.

Arvind Shukla* is forced by circumstances to clean the drains in west Delhi. “I have to support a family of four and our income is partially dependent on scavenging, though I take up other duties alternatively,” he says.

Despite it being illegal, manual scavenging continues to exist in India. In 1993, the Employment of Manual Scavengers and Construction of Dry Latrines (Prohibition) Act banned manual scavenging in the country. Despite that, 2017 witnessed approximately nine manual scavenger deaths each month.

While the Prime Minister has announced the elimination of manual scavenging by next year, the ground realities contradict his promises. As per the 2011 Socio-Economic and Case Census, around 1,82,505 rural households in India were dependent on manual scavenging. As of today, approximately 180,000 people still clean latrines manually, of which 1,470 have died since 2010.

Looking into the problem, in March 2017, the Safai Karmachari Andolan (Sanitation Workers’ Movement) wrote to the Home Ministry to direct the National Crime Records Bureau to count these deaths separately. Besides, the andolan is also fighting the practice of forcing dalits (Indian caste subjected to untouchability), into cleaning the excreta.

To further help the sanitation workers get out of manual scavenging, the National Safai Karmacharis Finance and Development Corporation started its survey in November last year in 15 major states to determine how many are still trapped in the practice.

However, not only scavenging but the country is also suffocating under other increasing spread of infections, one of them being Tuberculosis (TB).

Though preventable, the disease killed 423,000 Indians in 2016. Thus, aiming to reduce incidences of TB from 217 new cases per 100,000 in 2015 to fewer than 44 new cases by 2025, the government released National Strategic Plan for Elimination of Tuberculosis in March last year, increasing its focus on eliminating the disease.

Apart from changing the drug regimen from multiple drugs at a time to a single daily dose, funding for TB prevention and care also doubled from USD 280 million in 2016 to USD 525 million in 2017.

Additionally, the authorities have started rolling out universal drug sensitivity testing for all TB patients to detect drug resistance to rifampicin, the main anti-TB drug.

Stereotypes adding to the death pool

Adding to the problem are gender stereotypes in India, where even today, a girl child is given less preference than a boy child in many rural as well as urban parts. Incidents of violence against the girl child and female feticides are not new to the country. Though gender disparity in infant deaths is closing, the figures are still alarming with infant mortality and under-five mortality in 2013 being higher than the global average.

In order to improve the situation, interventions including timely treatments, vaccinations, increase in hospital births, and most importantly awareness and education among the masses need to be focused on.

International Day of the Girl Child 2017