While online matchmaking in India has been in business for nearly two decades now, a new trend is picking up – creation of niche matrimonial websites that cater to people with specific ‘requirements’.

A large number of marriages in India have traditionally been arranged. Prospective brides and groom were (and still are) found after consulting with local priests, who match the ‘kundli’ (an astrological chart of a person, the calculations of which help determine the likely compatibility of the couple); by word-of-mouth, where relatives and other close contacts provide details of eligible bachelors, besides also doing a background check of the proposed people; through marriage bureaus that are loaded with photos and bio-data (a matrimonial resume) of prospective bride and grooms; or simply, through newspaper ads in the dedicated matrimonial columns.

However, most of these services shifted online nearly two decades ago, with the creation of websites like ‘shaadi.com’, ‘bharatmatrimony.com’, ‘jeevansaathi.com’, ‘simplymarry.com’, among numerous others.

A 2013 study by Associated Chambers of Commerce and Industry of India (ASSOCHAM) projected the growth of online Indian matrimony sites at over 65 pc in the following two years, acquiring a market size of INR 15 billion (approx EUR 204 million) by the year 2017.

“The main reasons attributed to the increase in demand for online matrimony include convenience, time-saving and efficiency,” said the ASSOCHAM report. It continued by stating, “During the 2012-13 fiscal, 50-55 million online subscribers registered their profiles, while 2.5 million uploaded their profiles per month to take advantage of this facility mainly on account of it being economical and less cumbersome.”

The immense potential of the industry quickly gave rise to niche markets, as marriages in India demand that a certain set of ‘requirements’ be met. And so, offline or online, the basic ideology remains the same, and people are filtered according to religion, caste, community, financial background, profession, geographical location, and recently, education.

From generic matrimonial websites, people have started targeting more specific markets. And thus, major sites like ‘bharatmatrimony.com’, created portals like Telugu, Marathi, Punjabi Matrimony, etc; similarly, Shaadi.com created Marathi Shaadi or Bengali Shaadi, etc. Not only are there region and religion based segregation, but also class based. Elite Matrimony from BharatMatrimony, for example, offers exclusive match-making for the upper-caste elites.

However, the idea of creating such niche websites fails to win a unanimous support. Karan (name changed on request), an IIT Delhi alumnus, feels that the apparent ‘concept’ of IITIIMShaadi is just another gimmick of quickly gaining popularity.

On Quora, a popular question-and-answer platform open to public, an anonymous user shares her experience where she was convinced that on IITIIMShaadi.com, she was more likely to meet someone “who would respect (her) career choices, understand why (her) career is not just a ‘job’ but a part of (her) identity and would be supportive because he would be undergoing/would have undergone similar experiences and milestones in his career.” A similar argument was advanced by the founder, Taksh Gupta, in an interview with the website Youth Ki Awaz, to explain the idea of creating such a niche website.

However, many find that such websites will reinforce the hierarchy in marriages and perpetuate the age-old tradition of marrying a person based on a particular set of traits, which normally have nothing to do with a person’s individual character, but more with their socio-culture and economic backgrounds and very often, also with the shade of their skin.

Opinions will continue to diverge and such debates will perhaps join the long-standing unresolved dispute between ‘love marriage’ and ‘arranged marriage’.

But the matrimony scenario will only have more such developments, owning to changing family structures. A lot of has changed as young people are taking greater part, alongside their parents, in choosing their life partner. There have also been changes in the way Indian youth dates today, especially with the advent of dating apps like ‘Tinder’ and ‘OKCupid’, etc. Makes one wonder if one day, perhaps, the dating apps will also have religion or education based filters.

4 thoughts on “New trends for matrimonial websites in India” 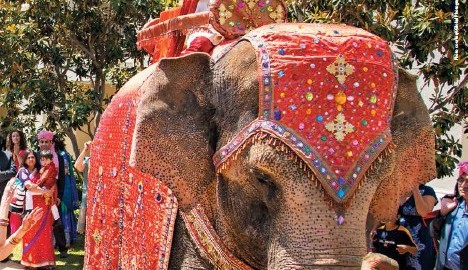 Golden Affair for a lifetime

Have a royal wedding at Jaipur’s Heiwa Heaven Resort

Destination Wedding: For a Fairytale Beginning

Golden Affair for a lifetime

Have a royal wedding at Jaipur’s Heiwa Heaven Resort

Destination Wedding: For a Fairytale Beginning