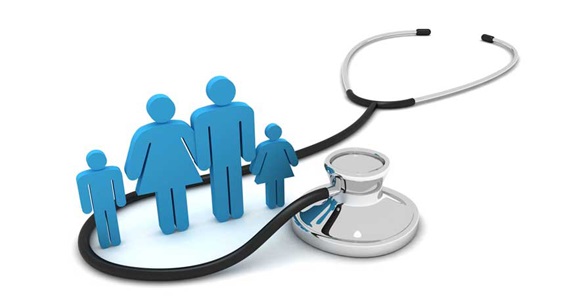 As the government spending on health-care remains at a bare minimum till date, we the citizens, avoid the public talk for a more private space.

It was only recently that reports of Max Hospital, in Delhi surfaced, gruesomely pointing out one of the many loopholes in our existing health care system. A 22-week-old premature baby was declared dead at the hospital, even though he was alive, and handed over to his parents in a plastic bag, along with his still-born twin. The baby died after undergoing a week of treatment at another hospital. Soon after this, Delhi Government cancelled the hospital’s registration and Max was barred from admitting new patients. In a new development that could spell fresh trouble for the Shalimar Bagh-located hospital, the Delhi Medical Council (DMC) has issued a notice to the hospital seeking details of its qualification and details of the Delhi Nursing Council registration. “Based on the medical reports, a new-born baby was declared dead along with his still-born twin and handed over to his parents at Max Hospital, Shalimar Bagh. In this regard, the DMC has taken suo motu notice of the media reports, alleging medical negligence on the part of doctors of the hospital, and (the case) is being examined by DMC,” reads the notice. The Council has also directed the hospital to submit a statement of defence, together with any other documents in support of their defence, within 15 days.

A little before this “incident”, reports of malpractice against Fortis Hospital, Gurgaon came to light. Seven-year-old Adya Singh who suffered from dengue allegedly lost her life due to negligence on the hospital’s part. A major controversy erupted after the girl’s family said they were charged INR 1.6 million for the treatment. A subsequent government probe indicted the hospital for grave negligence, lapse, unethical and unlawful act, and found it minted as high as 108 pc profit margin in medicines and as high as 1737 pc profit margin in other consumables.

Adya was treated under the supervision of Dr Vikas Verma at Fortis hospital between August 31 and September 14. She died on September 15. An FIR was lodged against the Fortis hospital in Gurugram on December 10, relating to the death of Adya, the Haryana government had said. Both civil and criminal actions were being initiated against the hospital which was indicted for lapses by a probe panel in its report pertaining to the death of the baby girl, an official spokesperson of the Haryana government stated.

Upon unearthing the unreported “incidents” that would indicate the level of greed that has seeped into the medical system with emphasis on the profit-making private sector, there were two realisations. The first realisation was noticing the stigma that existed among people which primarily stops them from discussing illness under a positive light. Saying that, is only to highlight that given the notion that it is not encouraging to talk about illness often stops people from realising that they are being robbed of their health and money, by doctors they ‘trust’ and have been in the ‘family’ for years. Here is what someone had to say about the entire medical negligence business, “Why would you ask of anyone else’s illness? Is it not impolite to talk about the illness that is but not yours or your family’s to deal with?” When retorted that it was simply because of a  wish to know of people who have been wronged due to medical negligence and medical hierarchy, the reply came, “Yes, for that read the cases in a newspaper and watch the news.”

The question that arises out of this thread of conversation hints at whether everyone was to think in a similar way and believe that only the reported cases would bring about justice, which would result in an apathy wherein several cases would go unreported.

The second realisation was understanding that it is the lack of trust on government bodies and willingness to go to an indebted extent to find a cure, is what made the private sector’s profit soaring high. How far is one willing to go to find the right doctor and the right medicine? Like any other, the health sector too has transformed today into a demand-driven system wherein our demands are directly giving rise to the number of high-strung hospitals and nursing homes.

Quoting a aam aadmi (common man), “Healthcare, because of the overall dependency of the system on capitalism, is being provided as a “product” instead of a “right” and therein lies the issue, which is the basic difference between something being “for-profit” versus something being ‘non-profit’.”

In addition to this, curious case of increased dependency on drugs was observed being promoted by private practitioners who are set to gain profits from the number of medicines sold of a certain company (company keeps varying with shared profits) and medical examinations conducted (different pathological institutes are sharing profits with doctors based on number of recommended patients). Medicines account for 70-75 pc of a household’s out of pocket expenditure on health. Despite stringent price control, big pharma companies manage to spend exorbitantly on marketing and branding of their drugs. Since advertisement of prescription medicines are not allowed in India, companies or medical representatives push their products through doctors, chemists and distributors in lieu of freebies, junkets and incentives.

In case of mental health, private sectors own a monopoly making it easier for them to gain profits by means of increasing the prices for lessening hours of sessions or costly drugs.

Citing K K S R Murth’s article on ‘Medical negligence and the law’, “Negligence is the breach of a legal duty to care. It means carelessness in a matter in which the law mandates carefulness. A breach of this duty gives a patient the right to initiate action against negligence. Persons who offer medical advice and treatment implicitly state that they have the skill and knowledge to do so, that they have the skill to decide whether to take a case, to decide the treatment, and to administer that treatment. This is known as an ‘implied undertaking’ on the part of a medical professional.

However, no human being is perfect and even the most renowned specialist could make a mistake in detecting or diagnosing the true nature of a disease. A doctor can be held liable for negligence only if one can prove that she/ he is guilty of a failure that no doctor with ordinary skills would be guilty of if acting with reasonable care. An error of judgment constitutes negligence only if a reasonably competent professional with the standard skills that the defendant professes to have, and acting with ordinary care, would not have made the same error.

Section 304A of the Indian Penal Code of 1860 states that whoever causes the death of a person by a rash or negligent act not amounting to culpable homicide shall be punished with imprisonment for a term of two years, or with a fine, or with both.

Sections 80 and 88 of the Indian Penal Code contain defences for doctors accused of criminal liability. Under Section 80 (accident in doing a lawful act) nothing is an offence that is done by accident or misfortune and without any criminal intention or knowledge in the doing of a lawful act in a lawful manner by lawful means and with proper care and caution. According to Section 88, a person cannot be accused of an offence if she/he performs an act in good faith for the other’s benefit, does not intend to cause harm even if there is a risk, and the patient has explicitly or implicitly given consent.”

Who is to blame?

“Every year, about 5.2 million people die due to human errors in India. Even in the US, the figure is not less than 44,000 to 98,000. It is not the lack of medical skill or knowledge of doctors, but that of team coordination and communication during an emergency that leads to medical errors. Around 70 pc of deaths that occur due to medical negligence can be attributed to human errors,” said Dr Rakshay Shetty, paediatric intensivist at Rainbow Hospitals, Bengaluru.

Can the lack of coordination and communication, as Dr Shetty points out be the only reason? Srinath Reddy, President of the Public Health Foundation of India, an independent agency working on public health education and policy argues, “Indians spend twice as much from their pockets as the government does on health. Almost three-fourths of that spending goes on medicines.”

Public spending on health is less than one pc of GDP and per capita public health spend is about USD 15, less than in Bhutan, Indonesia, Thailand and the Philippines.

Jaya Dutta, matron of Tapan Sinha Memorial Hospitals for Railway employees argues that it is the lack of faith in the public healthcare system that the private healthcare sector utilises. She states, “Even though the quality of public healthcare in India has significantly improved with enhanced infrastructure and technology, a bias works that makes it difficult to lure patients. Yes, there are still several instances of negligence in public hospitals and there is serious lack of manpower that the private sector makes up for, which is why the bias deepens.”

Ayan Ghosh (name changed), a 70-year-old man from Kolkata went to a local doctor having an MD degree for seeking medical advice for his ailing wife. The doctor treated his wife for four months for heart ailments however, there were no visible improvements as her condition only worsened. Upon being taken to several hospitals who denied her admission for a nominal fee, the old man from a middle-class family resorted to a public undertaking wherein his wife was finally diagnosed with jaundice. When Ghosh went back to the MD who had been treating her for heart ailments, he refused to speak and vehemently denied an explanation. The dumb-founded old man took the case up with consumer forum, who stills sits on the pile of towering papers.

Contrastingly, Khuku Manti (name changed), was admitted to a public undertaking for a knee surgery. After successful completion of the surgery, Manti was to stay in the hospital for 10 extra days. On the day of her release, her family members were informed that she passed away as her conditions deteriorated. Only after a probe conducted later, it was found that she died due to the removal of her kidneys. The family belonging to middle-class strata could only press charges as hard as to find that their kin died of illegal removal of kidneys.

Who are the patients to trust? Is there a line deciding justice for some while denying it to others? Money and power answer the question most of the time.