Notwithstanding precautionary measures and awareness drives, cancer is spreading widely, killing approximately 8.8 million people annually worldwide. And thus, the focus this year is on early diagnosis.

According to the World Health Organisation (WHO), more than 14 million people in the world are diagnosed with cancer every year, killing approximately 8.8 million of them. The numbers of death to cancer is second only to cardio-vascular diseases. And, to make it worse, the numbers are likely to rise to 11.5 million by 2025 and 13 million by 2030.

Around two-thirds of these deaths are among the low-middle income countries where diagnoses are inadequate and treatments are started at latter stages. Witnessing the worsening trends, World Cancer Day this year focuses on detecting the disease at early stages.

World Cancer Day was first observed in 2000 at Paris and ever since, February 4 marks the day to raise cancer awareness and aims to reduce the problems caused by the disease by 2020.

According to a recent report by WHO, it is easier and cheaper to cure the disease if diagnosed early. “Cancer diagnosis in latter stages and the inability to provide treatment, condemn many people to unnecessary sufferings and early deaths,” said Dr Etienne Krug, Director, department for management of non-communicable diseases, WHO.

Over 14 million people become a cancer victim every year, and according to the estimates, the numbers may rise to around 21 million by 2030. Cancer is responsible for almost one out of six deaths globally and as the world fights the disease, India is among the most-plagued nations.

1.7 million fresh cases over the next four years
According to the Indian Council of Medical Research, approximately 1.7 million people in India may be covered by the flames of cancer by 2020, with breast, cervix and lung cancers being the most prominent.

The situation remains the most unfavourable in rural India as around 70-80 pc of patients do not approach hospitals even at the end stage, let alone getting diagnosed at early stages.

Women most despaired
In India, compared to men, more women are diagnosed with cancer every year, with breast cancer being a primary threat as it is not very easily detected, especially in the early stage. Out of 3,289 women who were tested in five different Indian states, 66 were diagnosed with breast cancer. And, despite increasing awareness and treatments, the disease is spreading far and wide.

While tobacco is widely known to spread cancer cells in the body, there are other unknown everyday habits which too cause cancer or aggravate the chances.

Watch out before it’s too late

World Cancer Day 2017 revolves around the theme, ‘We can. I can’, to focus on how people on an individual or collective level can do their bit to reduce the increasing cases of cancer.

WHO has issued a new set of guidelines today to treat, cure and reduce the amount of disorder caused by cancer, including making it a priority for low and middle-income countries to provide basic, effective and low-cost cancer diagnosis and treatment services, governments increasing symptoms awareness, recommending health workers to be trained and equipped to carry out accurate diagnosis and a safe and effective treatment access to survivors regardless of their economic backgrounds. 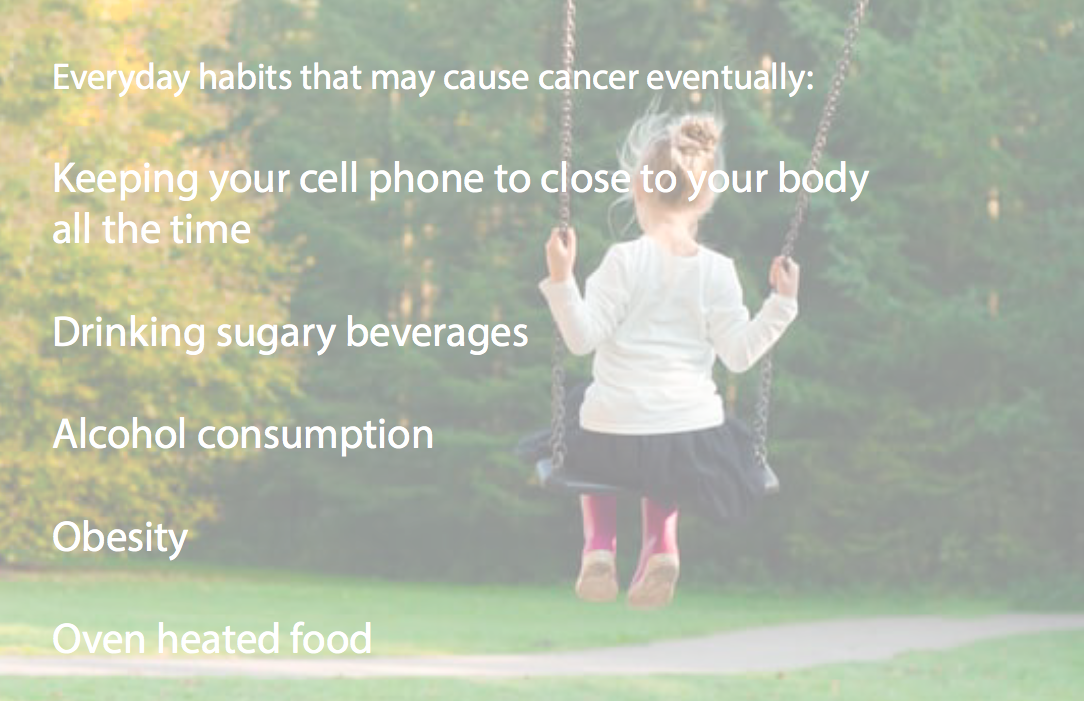 Do you know Dorris Francis, the brave heart traffic woman?

A study by New Delhi based Centre for Science and Environment

Give us our daily toxic free bread

An Indian Campaign to Promote Breastfeeding