More than 1.5 million tourists visit the iconic Egyptian Museum every year. Here’s why you should, too

T he vibrant patch of colour that rises from the aridness of Egyptian Sand is Cairo. Flourished under the blessing of the Nile and constructed with blood and toil for centuries, she was the pretty girl everyone wanted. The British wanted her. The French wanted her. The Arabs won her and transformed her. Today at her heart in Tahrir Square, the magnificent Cairo Museum or Egyptian Museum showcases all the glorious days.

A shrine to its past

Built in 1901, Cairo Museum is the largest treasure trove of Egyptian antiquities in the world. Walking by the mummies laying in shadowy sarcophagus, illuminated busts of formidable kings and emperors and thousands of coins, jewellery and vases is a sight once seen, never forgotten.

The archaeological dig for ancient antiquities commenced when the European traders and conquerors started setting foot in Egypt. Many significant specimens of Egyptian history have been lost from Egypt such as Rosetta Stone, artefacts of Queen Hatsheput’s Temple, nine-foot tall head of “Young Memnon”, and many more. Still, the Cairo Museum can pride itself on possessing the Tomb of Tutankhamen, one of the most groundbreaking archaeological discoveries of all times.

More than 100,000 artefacts are wedged into the 15,000 sq metres of Cairo Museum. The overflow of the archaeological findings made the Ministry of Antiquities build another USD 795 million museum in Giza of Greater Cairo. At first sight, visitors are greeted with a majestic view of neo-classical architecture of the museum. It may take a fortnight to cover everything on display but three to four days have to be dedicated to experience the wonder that Egypt was.

Treasures of yesterday and today

Tutankhamen’s tomb is a huge crowd-puller here and the mystery surrounding it justifies that. Discovered by Howard Carter in 1922, the teenage pharaoh’s grave contents such as pure gold mask, furniture and sarcophagus are a dazzling stow of wealth. The mask of Tutankhamen is the flagbearer of Egyptian royalty. Many other attractions include statue of King Amenhotep II and Queen Tiye located in the central gallery, statue of Khafre from his valley temple, a large statuary group of Amenhotep III and his wife(grandparents of Tutankhamen), two colossal statues of Ptah from the temple complex of Ramses II at Memphis. Apart from historic findings, there are other attractions like paintings of Meidum Geese and breathtaking hieroglyphics which are notable for their aesthetic value. 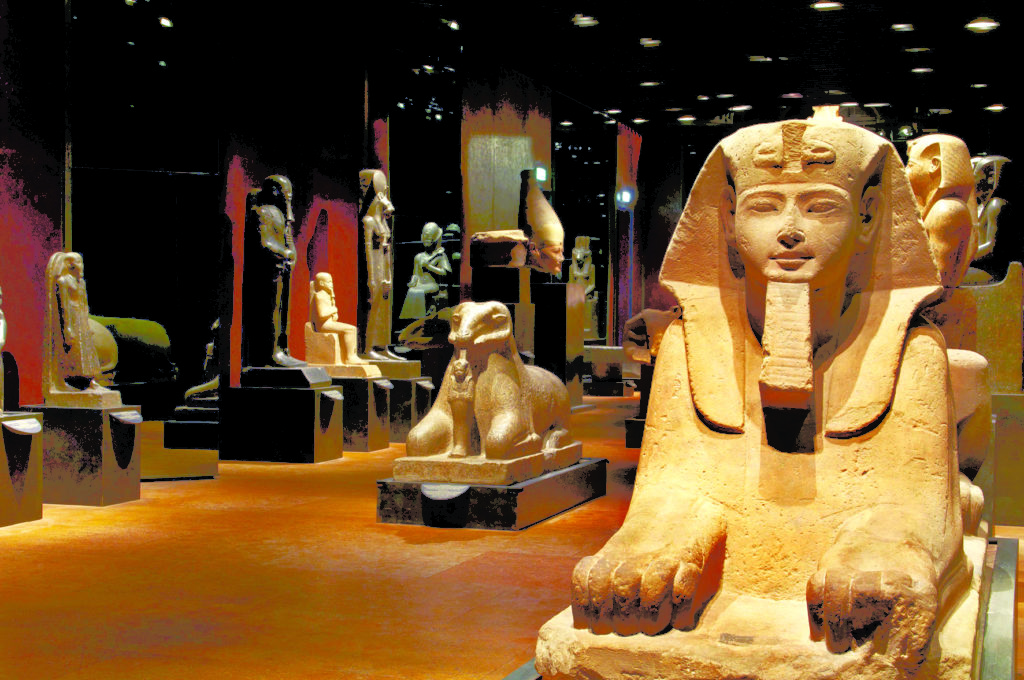 Alexandria-based Egyptian author and documentarian Ashraf Ezzat points out that, “Tourists must remember that they are not only visiting a place of historical significance but also a place of utmost holiness. I’ve seen people sitting on the tombs of pharaohs and kings for taking photos. This is not only damaging to the artefacts but also highly disrespectful to the country. It’s important that tourists show proper etiquette when they visit a place where the dead kings and emperors are taking rest. Sometimes, security can’t monitor every situation like that because they are overwhelmed by the crowd of visitors all the time.”

Ezzat made a short film on Cairo Museum titled Visiting the Cairo Museum where he documented the celebrated archaeological pieces of the museum. He recommends, “Before coming here, a history-buff should do his own research. And I wouldn’t recommend any Hollywood films to know about ancient Egyptian culture and mythology because they are heavily misleading.”

Many artefacts and statues of Cairo Museum are being shifted to the Grand Museum which will showcase the Egyptian heritage in a grand manner. Will that diminish the importance of Cairo Museum? “I don’t think so. Cairo Museum has the one of biggest collections in the world. It will remain on the radar of Egyptologists and history enthusiasts.”

1) In 1835, the ruler of Egypt, Muhammed Ali banned sending Pharaonic pieces out of Egypt. The thought of a central museum started from then.

2) An Italian construction company, Garozzo-Zaffarani built the museum in 1901.

3) The basement of the museum also contains numerous pieces of historical objects which are open to the public.

4) When the mummy of King Ramses II was being taken to France for restoration, the dead king was issued a passport with profession listed as ‘King (Deceased)’.

• Curious to know more about the Museum? Read these books:

• The Tomb of Tutankhamen by Howard Carter

• Inside the Egyptian Museum by Zahi Hawass

• Egypt knew no Pharoas or Isrealites by Ashraf Ezzat

A Genius of Khmer Art