With the advent of AAICLAS the investments in cargo handling facilities in addition to supplementary investments have ultimately led to an exponential business growth.

Air Cargo got its start on May 28, 1910, when Glenn Curtiss flew a sack of mail from Albany to New York City for the Post Office Department, covering the 150 miles in two and a half hours. In fact, it all started on November 10, 1910, when the Wright Company flew 65 miles from Dayton to Columbus, Ohio, with five bolts of silk cloth strapped into the passenger seat of the plane for a department store that wanted to sell strips of the cloth as mementos of ‘the first air shipment.’

All branches of transport – road, rail, shipping – started with passenger transport and then later started giving priority to cargo. H J Fischer, formerly of Frankfurt Airport predicts that, “the air-freight traffic will one day move ahead of passenger traffic”.

Cargo facilitation is generally different from passenger facilitation. Cargo needs to be looked after whether it is animate or inanimate. It requires loading, un-loading, packing, unpacking, labelling, weighing, movement, stacking, storage, special handling, palletisation and depalletisation. Moreover, there are a lot more formalities in the clearance of cargo (from the point of view of import/export regulations) than of passengers. Cargo shipments face many hurdles and have to be accompanied by a number of documents, which include shipping bills, bill of entry, airway bills, export/import permits, invoices, certificate of origin and bank documents. We may, therefore, classify cargo facilitation under two heads – base facilitation, which involves physical handling of cargo, and trade facilitation, which includes procedures and documentation.

Base facilitation is the responsibility of the airline in case they handle their own cargo or of the airports if the latter creates centralised cargo handling facilities. Trade facilitation is the responsibility of customs and regulatory government agencies. The ease with which we handle cargo depends on a number of factors, one of them is the space available in the Cargo Terminal for manoeuvring and storage. Terminal facilities at the international airports must also keep pace with the anticipated growth of cargo traffic and our customs procedures need to be simplified and speeded-up.

In a nutshell, those who are most professional and willing to continually adopt new techniques and systems are going to be the ones who get the biggest share of the growth. For those who are content to conduct “business as usual” growth will obviously be elusive. 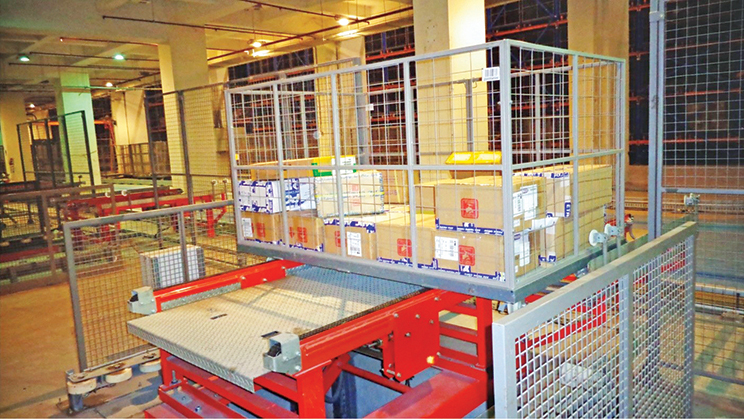 The Market for Air Freight

The shipping of commodities by air is the most desirable for distribution when one or more of the following characteristics are present:

When the Commodity is:

Airport = No. of Bin Capacity

When the Demand is:

When the Distribution Problem Includes:

Risk of pilferage, breakage or deterioration

Need for special handling or care

For commodities that are perishable, subject to quick obsolescence, or required on short notice, the speed of air transportation becomes advantageous. Timing is important for products such as recordings, fashion apparel, and novelty items. Air freight can eliminate the cost of carrying inventory. Customers can select freely from the entire line of products and they can be assured of delivery from a central warehouse as quickly as from a local warehouse. Air freight is a premium service. It projects an image of premium product and company progressiveness. The various modes of transport represent great differences in quality. Air freight can add a new competitive edge to the marketing effort. Superior service adds value to any product and generates a quality image for the shipper. Air freight can stimulate growth in existing markets, and it also allows firms to enter new markets without making a commitment to large, fixed investments in warehousing and inventories. Test markets supplied overnight by air allow adjustment to market response as readily as to the demands of a local market.

The risk of pilferage, breakage, or deterioration is minimised through the use of air transportation because of the lack of end route handling and exposure of goods to long periods under minimum security. Insurance charges tend to be substantially lower for air freight than for surface freight, because there is less risk by air and because the transit time is shorter. Insurance represents a considerable expenditure for many companies.

Packaging for air freight is usually of minimal cost. Because air transport reduces the risk of jolts and shocks, cardboard cartons usually will suffice, whereas heavy wooden crates may be required for surface transportation. Ground handling is done on a more individual basis than is the case for most other modes of transportation. Risk of exposure to the elements is slight, and for commodities for which containerization is used, there may be no need to package at all.

The total costs associated with carrying inventory are high; it includes the cost of capital tied up in warehouse facilities and in stock, insurance, and taxes. In addition, stocked items may become obsolete, and the cost of labour and multiple handlings is a major consideration. With each handling, loss and damage is an important factor. Air freight can often bring about drastic reductions in the cost of carrying inventory. Businesses that use regional warehousing supplied by surface transportation can reduce safety stocks and perhaps eliminate some warehouses. Even when air freight costs more than surface freight, the trade-off in reduced costs has made it profitable for many businesses to substitute overnight distribution by air from a central warehouse.

The Future of Cargo

Two primary factors influence freight growth: economic conditions and rate levels. The outlook for both is positive for cargo. Moderate economic growth is expected to continue into the future, with only a minor slowdown in the short term. Cargo rates should also remain low as several factors serve to keep the lid on prices.

A large number of new aircraft have been introduced in recent years. This new capacity will help keep prices down. Labour costs for the world airlines should continue to move downward due to better utilisation of the labour force and to continued industry consolidation.

The globalisation of the world economy – the production of parts and the assembly of products half a world away from where they will be placed in service—will also provide a major stimulus to air freight. Rather than rely on ocean transportation, which can take as much as two or three weeks, shippers can transport the goods by air within a couple of days. For products with a short shelf life like magazines or fashion goods or fresh fish—air freight is the only real choice for shippers.

As demand for air cargo increases, there will be a need for specialised aircraft. Currently, there is a lack of cargo-specific aircraft throughout the global fleet. Most airplanes used to transport air cargo are converted passenger aircraft. In most cases, those aircraft are old, costly to operate, and at the end of their life span. As these aircraft retire, aircraft manufacturers are realising the need to produce aircraft that are geared toward air cargo transport. 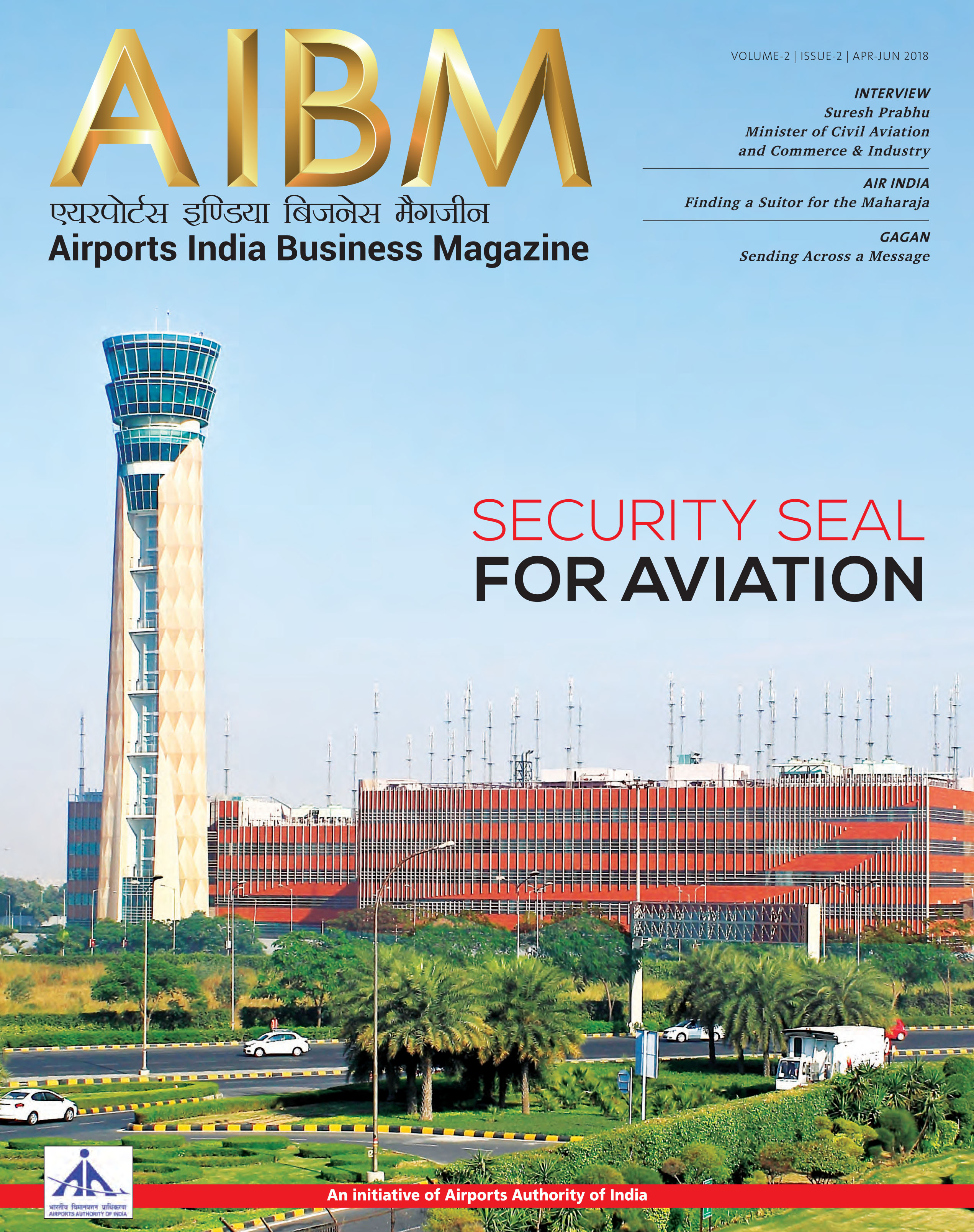 The exponential air traffic growth has reinstated the importance of a futuristic plan for air navigation services in India. In this issue, we bring to you a number of initiatives with a holistic appro... Read more