Thailand
Of the archipelago

Away from the glamour of Bangkok, the southern provinces and archipelago of Thailand take one to a magical journey with their god-like locations, pristine beaches and exotic land and aquatic wildlife.

Bangkok is like any other busy cosmopolitan city, but the real exotica lies down south and can be reached by air, rail, road and sea depending on time and budget. Bus tickets that are easily available at numerous travel agents at Khao San Road in Bangkok offer overnight buses to Surat Thani, largest of the southern provinces of Thailand. Khao San Road is famous as backpackers den in the country where one can get almost everything on the planet. A two hour ferry, crossing the gulf of Thailand, connects Surat Thani to Koh Samui. Abase in Koh Samui amidst the white sand allows one to explore Angthong Marine Park, an archipelago of nearly 62 closely cluttered islands.

A ride over the turquoise waters of the gulf from the thin mainland between Thailand and Malaysia takes one to Koh Samui, a magical island that is decked up all year round. Chaweng , the most popular beach amongst the tourists, is a short drive from the dock. The long clean white sand beach is lined with accommodation of different sizes and budgets. Most of the star resorts are around this area. During the day, the beach engages people with water sports and common leisure activities but with sundown the place changes dramatically. The palm lined beaches are picture perfect with the sea breeze playing with their leaves. It is exactly as one imagines a tropical island, where sunsets are out of the world and getting up for a sun rise is rewarding. Amongst a wide variety of restaurants in the island serving from pizza and pasta to Thai fish dishes and steaks, one can dine at reasonable rates. The hotels here offer high services at comparatively low costs. The place offers options for both – kicked back and relaxed or active and fast paced holiday to a traveller.. It’s a cosmopolitan melting pot attracting budget travellers staying for a month or two in simple beachside bungalows as well as wealthy holidaymakers dropping in for a weekend at one of the many luxury resorts or villas on white sand beaches of Samui.

Perhaps the best trip from the island is a visit to Ang Thong Marine Park. It reminds one of a scence straight from Hollywood actor Leonardo Di-Caprio’s film, The Beach, that is iconic to Thailand. Di-Caprio’s character Richard, in this scene, finally finds the mystically ‘perfect’ paradise beach, rumored amongst the backpackers of Khao-San Road in Bangkok to be somewhere near Samui. And as he stands on the pristine white sand under the hot tropical sun, looking at the clear turquoise water and the untouched jungle, he lets out a whoop of joy – ‘ It’s paradise – Eden ! ‘
The inspiration, however, for Alex Garland’s book, The Beach that was made into a film, was Ang Thong National Marine Park, an archipelago just a couple of hours boat ride from Samui. The marine park formed a popular day trip from Samui even before the film was made. Thousands of people visit this place that would easily qualify as one of the most beautiful places in the planet, every year.

Ang Thong, that means golden bowl, covers over a hundred square kilometers of the gulf of Thailand northwest of Samui. Parks are merely rocks rising out of the sea, covered in moss and greenery. Some are limestone cliffs jutting straight out of the ocean. Others are full sized islands with the characteristic white sandy beaches that the author, Alex Garland, wrote about. But all are surrounded by exotic marine life making this a popular snorkeling and diving spot among visitors from all over the world. It became a national marine park in 1980 with the park headquarters still based at Koh Wua-Talap, It’s the biggest in the group and the only one offering accommodation. Koh Mae (Mother Island) is also a popular spot with emerald lagoon in the middle of the island surrounded by lakeside cliffs. It takes a bit of a hike to get there, with over a hundred very steep narrow steps, but the view makes it worthwhile. Koh Wao and Koh Tungku, two other islands in the group, are known for their big shoals of fish as well as wild life such as langurs (a species of monkey), lizards, python, and over fifty recorded species of birds. The islands have caves, coral cliffs, tick jungles and forest permitting one to spend weeks to explore.

A day trip on boat

Most visitors there take a one day boat trip from Bo-Phut or Nathan on either a sailing or a speed boat. Most companies, especially with speedboats, offer snorkeling and kayaking as part of the day as well, 45 minutes away from Samui. The trip further offers a bit more sailing to reach Koh Wua Talap or Koh Mae. A point at Koh Wua Talap, about 500 meters high, provides one of the best views of the whole park. The boat then sails to another island for a traditional Thai lunch. Based on the idea struck by the novel, the destination is thought to be filled withbackpackers in search of a secret island utopia. The adaptation starring Leonardo Di Caprio was actually filmed at Phi-Phi Island but by then Ang Thong was firmly in the imagination of many readers of the book. The park is a protected area of more than hundred square kilometers of land and sea and home to a rich variety of exotic wildlife and sea creatures. Visitors arrive on a day trip on chartered boats from Koh Samui. For those who wish to stay overnight, there are simple bungalows and camping tents available for rent at the Park Headquarters in Koh Wua Talab, where a simple restaurant is found as well. Though the park has started to get busy with day-trippers in the peak season, the Ang Thong islands remain the postcard-perfect image of a tropical paradise.

Sea food keep the meals exciting every day in the islands. The sheer variety stuns one for a while, making it difficult to decide after a point from a wide range of squid soup, steamed barracuda to roasted blue crabs. Street food is also very popular in Thailand.The Nathong street food stalls are not to be missed. The other attractions apart from beach hopping and regular nightlife are the crocodile/snake/bird & elephant shows making it a complete family vacation destination with multiple themes. Adventure, family, romantic or solitude; Thailand offers all experiences across all budgets and all year round. Ang Thong National Marine Park, however, remains on the top and a must to do on the list! 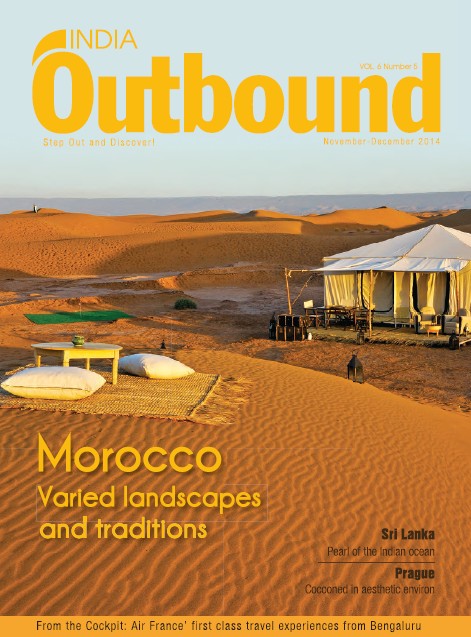 The highlight of the issue - Sri Lanka is the jewel of Indian ocean, which will satisfy any traveller. We bring to you not-to-miss 10 things to do in Sri Lanka along with Ramayana trail and its ‘Lit... Read more 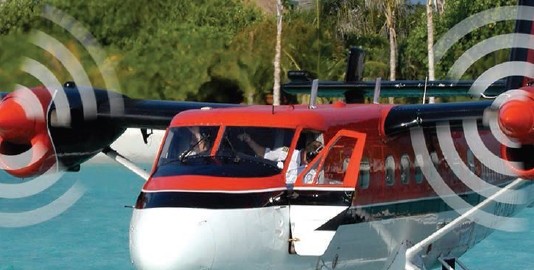