Even before Padmavati, other cinematic martyrs have faced the wrath of religious and communal well-wishers in India.

Be it the independent film scenario or the mainstream movies, filmmakers in India are facing the heat from multiple sides. From the Censor Board, political parties, downright to self-righteous moral police crowding the country, Indian filmmakers are increasingly experiencing trouble in the creative liberation front with Sanjay Leela Bhansali being the latest poster child for controversy. However, this phenomenon can be dated back to 1975 when Gulzar faced flaks for his film Aandhi. The political drama was rumoured to be based on the life of the then Prime Minister, Indira Gandhi. Even though Gulzar solved this dilemma with a little twist and it was given a clean chit by the Prime Minister’s staff members and cleared by Information and Broadcasting minister I.K. Gujral, the film was banned after 20 weeks run.

It is believed to be partly caused by actions of the Opposition leaders in Gujarat who showed scenes of Aarti Devi, the protagonist, smoking and occasionally drinking during their Assembly election campaign. As the character bore an uncanny resemblance to the Prime Minister, it was consequently banned. Gulzar was ordered to reshoot the heroine’s drinking and smoking scenes and emphasise that the film had no biographical elements. The filmmaker solved the problem by inserting a scene of the heroine standing in front of the photograph of Indira Gandhi and calling Indira her ideal. It was later re-released and shown on national television after the Janata Party came to power.

Similarly, in 1977, Shabana Azmi-starrer, Kissa Kursi Ka, a political satire based on the power play of Indira Gandhi and her son Sanjay, was widely condemned by the masses and ultimately banned by the government. Directed by Amrit Nahata, it was reported that all prints of the film were confiscated and burnt.

Let’s take a look at some contemporary Bollywood films that almost bit the dust. 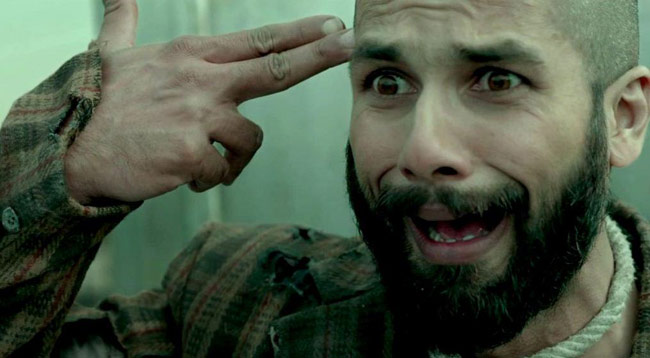 Vishal Bhardwaj’s Indian adaptation of Hamlet received a lot of flaks for taking an alternative take on the ongoing Kashmir issue. Non-mainstream media have tried to portray the stance of Kashmiris in the long-standing issue, with reports and visualisations of human rights violations surfacing daily. Haider set in set in Indian-administered Kashmir and starring Shahid Kapoor as Hamlet, Shraddha Kapoor as Ophelia, Tabu as Gertrude and Kay Kay Menon as Claudius, tried to show the real issues and stories of oppression of the Kashmiris in the hands of the Indian military.

Set during the 1990s, considered the most intense years of the ongoing insurgency, which has created a clear rift between Kashmiri militants and separatists against security forces and their local auxiliaries for more than two decades, the film was not well-received by pseudo-patriots and nationalists, who believed that it negatively portrayed the Indian army and the sentiments surrounding the ‘sensitive’ Kashmir issue.

Haider includes graphic scenes of torture in Indian army camps and other human rights abuses by Indian officials which was widely praised by film critics and movie buffs. The father of Hamlet, or Haider, turns out to have been killed by paramilitaries recruited by the Indian authorities and run by his uncle. Rosencrantz and Guildenstern are local men who are paid informants for police intelligence.

The ‘anti-national’ film received flaks from Kashmiri Pandits, who sought ban on the film and drew irks from Hindu Nationalists, who too had the same plea. #BoycottHaider trended as Twitter users claimed the movie was sympathetic to separatists and that it doesn’t account for the suffering of the Kashmiri pandits who were forced to flee the state while insulting the Indian army. Shahid Kapoor and Irrfan Khan were even attacked with a fire pot while the duo was shooting for Vishal Bharadwaj’s ‘Haider’ in Kashmir. 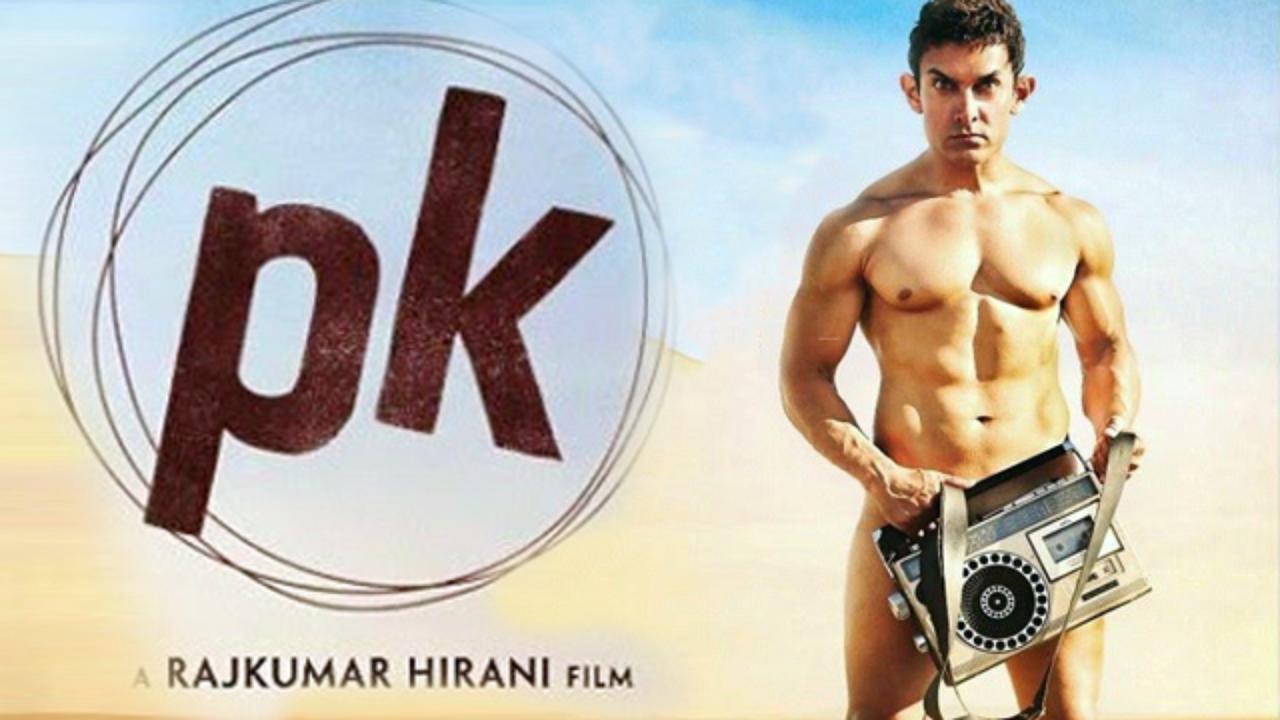 Aamir Khan-starrer PK which is the third highest-grossing Indian film worldwide was not well received by certain adversaries, who viewed the film as religious mock-up. Now, the fantasy/science-fiction film that showed the journey of an alien into this world, questioned certain religious beliefs and practices of the nation. Needless to say, the religious scrutiny did not go down well with the babas and the parishads. The movie came at a time, quoting BBC, “when issues like religious conversion are being debated in parliament and prominent gurus have been arrested on charges of murder and rape.”

Baba Ramdev wanted to ban the film for defaming gurus and challenging the position of his likes in the society. The Vishwa Hindu Parishad (VHP) wanted it banned, and its members, along with those from the Bajrang Dal, have taken to tearing up the film’s posters and halting screenings. According to a VHP spokesman, the film makes fun of Hinduism and questions the credibility of age-old religious beliefs and practices. Members of the All India Muslim Personal Law Board had also demanded that the Censor Board remove some scenes in the interest of maintaining “communal harmony.”

Nonetheless, the film excelled at the Box-office and critic’s corner. 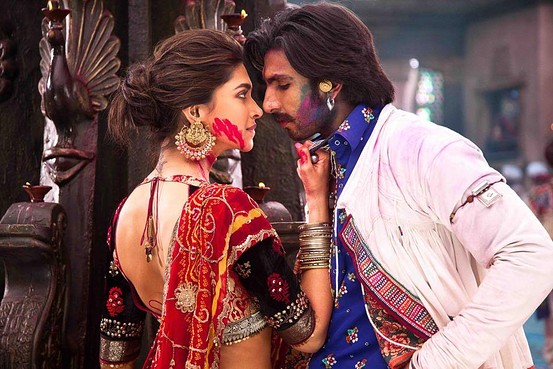 Yet another big-budget Bhansali starrer courted religious and communal controversies; from objection towards the title of the film which is accused of an objectionable portrayal of two Hindu deities, it also faced a backlash from the Rajput community. Even an FIR was registered against the maker and actors in Jalandhar pertaining to the film featuring Deepika Padukone and Ranveer Singh.

It was further argued that the grievance of the complainant, in this case, was that the movie’s title, the trailer and photographs were highly objectionable and offended the religious sentiments of the general public who believe in Hindu mythology.

The Rajput community had demanded that the movie should not be released in Gujarat and had also moved a Public Interest Litigation in the Gujarat High Court seeking a ban on its release in the state. The Rajputs alleged that the movie depicted enmity between Rabari Rajput and Darbar Rajput communities for the last 500 years, through the character of a daughter of the Jadeja family (Darbar) played by Deepika Padukone, having romantic relations with a boy from the Rabari Rajput community, a character played by actor Ranveer Singh, which is also considered illicit.

The community claimed that events depicted in the movie may result in “provocation or instigation of fights between the two communities” and that releasing such a film may also “result in a violent situation between Darbar and Rabari families in Gujarat”, which would have “a devastating effect” on the law and order in the state.

As the list seems endless, with yet another Bhansali project Bajirao Mastani making an honourable mention in the above list due to backlash from the Rajput community, we cannot help but wonder who is next!

Protests to protect ‘honour’ result in life threats and deaths

Of acting and empowerment

Bhansali’s own version of history