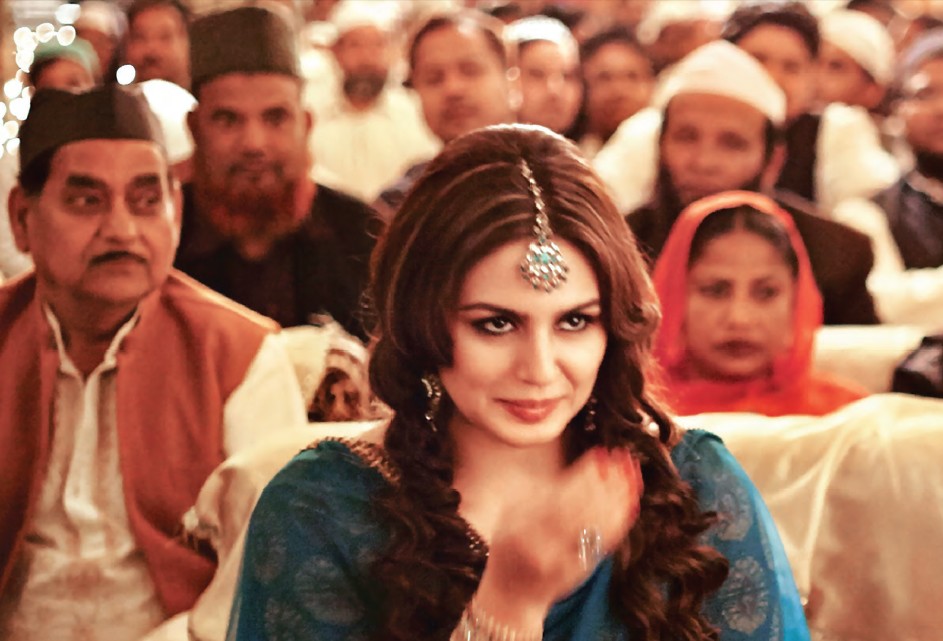 From Queen to Mary Kom, 2014 saw eight mainstream women-oriented films rule the box office, perhaps the best performance by so many women-dominated films in a single year. Is this flash in the pan or here to stay? 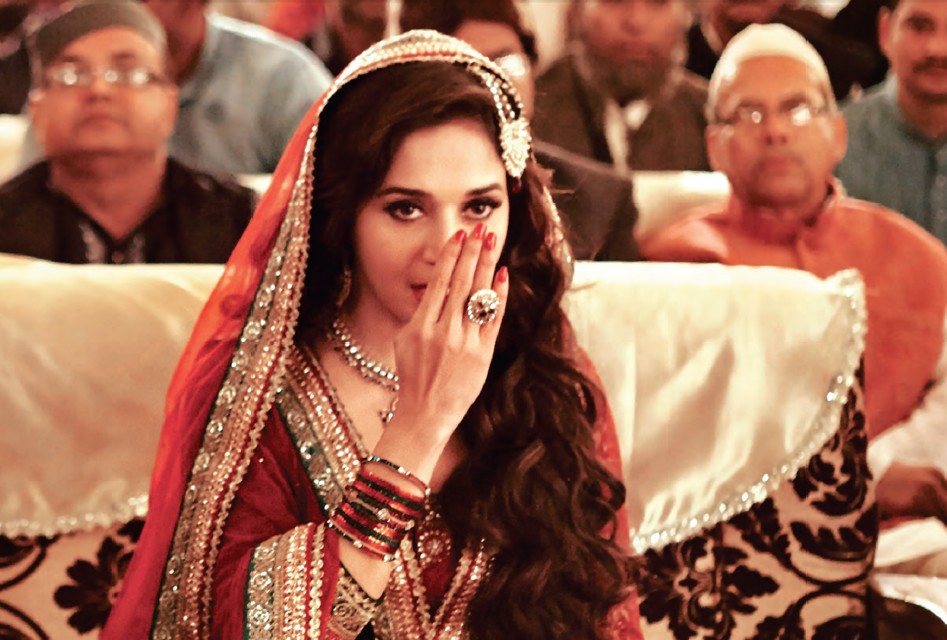 I think watching films with heroes was our comfort zone and it needed a substantial push for audiences to get comfortable watching a film with a female lead only. But the driving force behind this has been the story and screenplay that has made people realise that a woman-centric film can be as engaging, entertaining and worth the money spent,” says Vikas Bahl, director of Queen, which was released in 2014. The year 2014 may go down in history as the Year of Women in Indian Cinema. The seeds of a feminine revolution at the silver screen were sown in 2012 with success of women centric films like Kahaani and English Vinglish. And the fruits were seen last year with the flood of women-centred films, with meaningful and unconventional roles in coming-of-age stories like Queen, Highway and Mary Kom.

Rise of the woman

The year began on a positive note with Abhishek Chaubey’s Dedh Ishqiya – a woman’- film in its own right which saw an excellent camaraderie between Madhuri Dixit (Begum Para) and her companion Huma Qureshi (Muniya) while touching upon the LGBT (Lesbian, Gay, Bisexual and Transgenders) community. The movie managed to impress the critics’ significantly but failed to rake in moolah at the ticket windows. Initially, the film couldn’t pull in crowd to the theatres, but later, it did to an extent courtesy positive word-ofmouth. Then came Imtiaz Ali’s Highway, a visual treat cataloguing the landscapes of Northern India, in the backdrop of a kidnap drama involving the young daughter of a rich man, who finds freedom in her captivity. This nuanced film, chronicling the inner journey and anguish of the captor and the hostage, turned out to be Alia Bhatt’s most mature performance till date.

In March came Madhuri-Juhi Chawla starrer Gulab Gang, which was released on International Women’s Day. The film revolved around an all-female vigilante group led by activist Sampat Pal in Bundelkhand (Uttar Pradesh), but it was not exactly a box office success. The subject was better tackled in Nishta Jain’s documentary Gulabi Gang on the same group of pink-saree clad women fighting against caste oppression and gender violence in rural India.

In the same month, Queen was released. It was a heart-warming and disarming journey of a naive Delhi girl Rani (played by Kangana Ranaut) who embarks on a solo honeymoon to Europe after being dumped by her fiancé. The film took the industry by surprise with its powerful role for Kangana.Apart from Queen, Kangana had another release soon after –Revolver Rani co-starring Vir Das.

After Queen turned out to be a crowd puller, expectations were sky high from the actress and her second woman-centric film. While the crime drama failed to get cash registers jingling, the leading lady of the film did manage to shine. Then came Rani Mukerji’s comeback film, Mardaani in which the B-town beauty’s cop act was mighty impressive.

Actor Priyanka Chopra, who portrayed the role of boxing champ Mary Kom in a biopic released in September, is happy that her performance is still talked about. Recently, the film won the National Award as the best popular film. “The huge success of Mary Kom makes me believe that people want to embrace good, hopeful episodes of life,” the 32-year-old actress told media. In both Mary Kom and Mardaani, watching women emerge victorious in physical battles may have been a factor behind their popularity.

Shabana Azmi, known for portraying strong women centric roles in films such as Arth, Mandi, Ankur and Godmother, said in an interview, “There is a misconception among filmmakers that only male-oriented movies work at box office. Whenever a good woman centric movie is made it has been appreciated. Vidya Balan’s films have had commercial success, and in the past too, films of Meena Kumari and Nutan were very successful. Who can forget films like Bandini, Seema, Sujata, Insaaf Ka Tarazu, Damini, Lajja… the list is long.”

Cinema is at its best when it surprises, changes paradigms, pushes the envelope and sets new trends. And this year, the big change has emerged with women-centric movies ruling the box office. Highway garnered INR 300 million, Mary Kom managed INR 540 million, Ragini MMS 2 made INR 500 million, Queen minted INR 550 million and Mardaani made INR 400 million, much more than most of the releases in the period.

Mary Kom packed a punch with its record breaking opening weekend collection, a feat most pundits would shy from predicting for a female centric film. Queen made a silent start and like all long distance runners, gained pace as it refused to budge from the cinema halls week after week – both films eventually crossing the one billion gross mark globally with rave reviews that brought in audiences from every part of the world. Made on a shoestring budget of INR 125 million, Queen earned over INR 980 million at the global box-office, emerging a commercial success. Besides success at home, Queen also created waves outside India.

It is not just a good move for creativity and diversity, but making women-focused films also brings much higher return on investment, mainly due to the fact that women actors get paid significantly lesser than their male counterparts. The eight films cost INR 1.85 billion and earned close to INR 2.94 billion, proving a return of 59 per cent.

National award winner and amongst IMDB’s (internet movie database) highest scorers, Kangana Ranaut won accolades for her performances in Krrish 3, Queen and Revolver Rani. Not only is the actress the first mainstream cinema actor who is a critics’ favourite but also someone they look up to and keenly take interest in. So far it was only art house cinema actors who were lauded for their performances and given their due respect, but Kangana acted as a game changer.

The actress recently topped a rating poll conducted by Ormax Media as top female performer of the year for her performance in Queen, which got a rating of 9.1 out of 10 on popular international website IMDB, making it the first Indian film to get such a high rating. Queen is the movie that truly acted as a turning point in Kangana’s career.In addition, it came as no surprise that the actress was also bestowed the honour of “Woman of the Year” at the GQ Awards (Annual awards presented by a fashion magazine GQ in September 2014).

The trend will continue

With the changing times the film industry has realised that women are not just for songs and dance or mere showpiece to attract eye-balls. There is much more to them. Encouraged by the results, Madhur Bhandharkar, who has made a career out of making womencentric films and is now going to make two back to back heroine-driven affairs (Calendar Girls, Madamji). Bhandharkar says, “It is all the more encouraging when you see actresses cut down their prices for a film like this to as much as one fourth. They know when they star in a film with a big hero, they will earn a lot more. It is all the more fair to see women driving films across genres, be it sports, politics, glamour, biopic, comedy, horror, fashion etc. The trending is just right and it is here to stay.”

Blast from the past

• 1960s: Bandini, Seema, Sujata and Saraswati Chandra paved the way for women-centric films. Powerful direction by Bimal Roy, coupled with Nutan’s acting took these movies to another level. Mother India is one of the most popular women-centric films in Bollywood.

• 2010s: With The Dirty Picture and Kahaani, Vidya Balan proved that women-centric films could rake in the moolah at the box-office, which was followed by Sridevi’s English Vinglish. 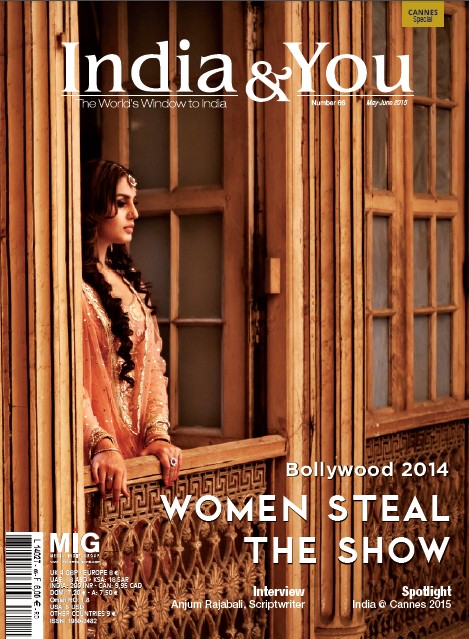