Traditionally designed Indian textiles boast of motifs representative of the Indian culture. Flowers, fruits, birds or animals: here are some of the popular motifs and the idea or belief that they signify.

The most basic unit of a design or the smallest unit of a pattern is a motif. Often inspired by nature and also socioeconomic, cultural or religious factors, the motifs on traditional Indian apparel are all distinct and mostly very colourfully represented. Part of the Indian fashion regime since ancient time when kings ruled the country, these motifs are often also a representation of the different styles from an era gone by. Also derived from architectures and religious philosophies, birds, flowers, fruits and even animals have stories to tell, beliefs to share and this list below shares the most common of these motifs. 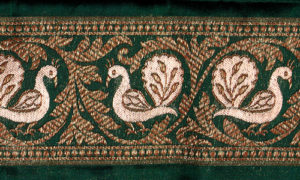 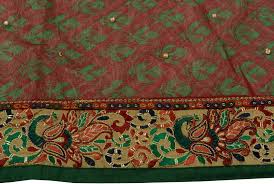 Found in paintings from the Indus Valley Civilisation, Buddhist sculptures, artefacts from the Gupta period and Mughal miniatures, peacock inspired designs have been found in art from different ages. Although the fact that it represented the same idea is not certainly known, the national bird is now a symbol of immortality, courtship and fertility. Motifs of the peacock are found commonly on traditionally designed fabrics with more embellished designs on bridal wear as in some cultures, the peacock signifies the completeness of being a woman. It is also believed  to carry a sense of energy that comes from its renewal of feathers every year. 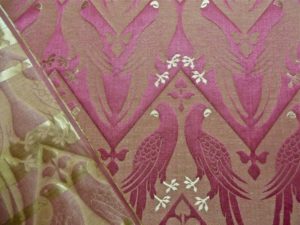 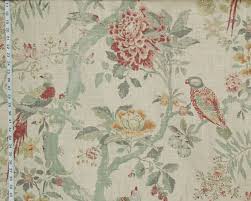 Symbolising passion and courtship, a motif of a parrot is commonly found in artwork telling the story of Lord Krishna and his lover, Radha, a tale well recited in Hindu epics and sagas. Generally found on textiles from West Bengal, Gujarat and Rajasthan, the bird also represents lovers’ associations and is often used in couture designed for both brides and grooms. 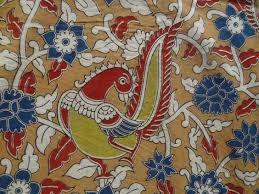 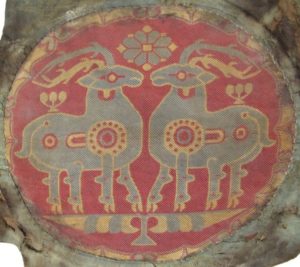 A representation of spiritual purity, the artwork of a goose has been found in pottery from the Indus Valley and on wall depictions at the popular Ajanta caves in Maharashtra. Commonly found in paintings from pre-Mughal times, this motif is now mostly found on textiles from the south of India in form of Kasuti embroidery and kalamkari prints. 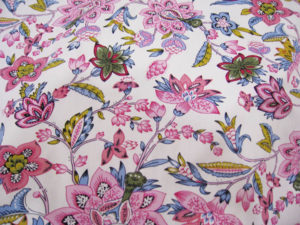 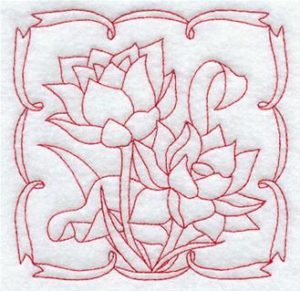 The motif of the kamal or the lotus flower is one of the most popular motifs used in Indian art and textiles. A symbol of the eternal order of the union of earth, water and sky, it represents the power of life. The flower is represented with both its opening and closing petals indicating the ups and downs of life and the revamping of one’s characteristics. Its petals also represent the multiplicity of the universe. There are various forms of lotus motifs like astadal padma – eight petal motif – to the satadal – hundred petal motif . It also symbolises prosperity and material wealth, associated closely with the Indian goddess Lakshmi. All these spiritual aspects are often emphasised on Indian saris, notably with kantha embroidery. 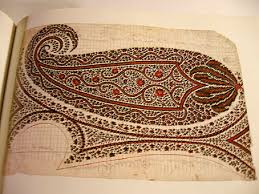 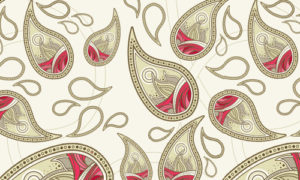 The motif of a mango, commonly called paisley or mankolam in Sanskrit and ambi in Punjabi, is found on a wide variety of Indian textiles. Considered as a symbol of fertility, it is done in various textile arts such as chikankari embroidery from Lucknow or kantha embroidery from Bengal. 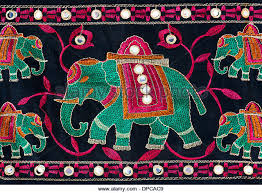 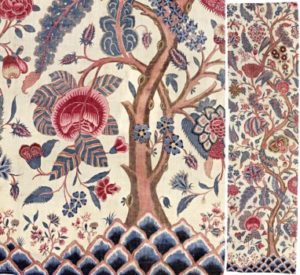 A tree laden with flowers and fruits with birds in its branches and animals sheltering under it indicates that all is well with life on Earth. A shankh or a shell symbolises the sounds of the cosmic space, an elephant denotes power and the rudraksh, a bead associated with Indian deity Shiva, denotes an ascetic charm. The motifs surfaced on Indian textiles are many with each representative of a meaning, which many believe to emanate a vibe on the person who adorns it.

3 thoughts on “Motifs on Indian textiles”

Bandhani, made in Gujarat

A tied and dyed fashion tale

Knots in the Weaves