A sincere worshipper of Lord Ganapati (Ganesha), Indian artist Sujata Bajaj has been creating geometrical and sharp structures of the deity over the years and recently came up with another book of creations, titled Ganapati.

Artist Sujata Bajaj has a special connect with the lord of beginnings, Ganapati, and her fascination with him is, like the deity, abiding. She has been painting, etching and sculpting him for decades now, thus, yielding an artistic abundance that is happily contradistinctive with her early life, primed for Gandhian austerity.

More than 200 guests shared the exceptional ambience of the evening and were able to interact with dignitaries from the UAE and abroad. 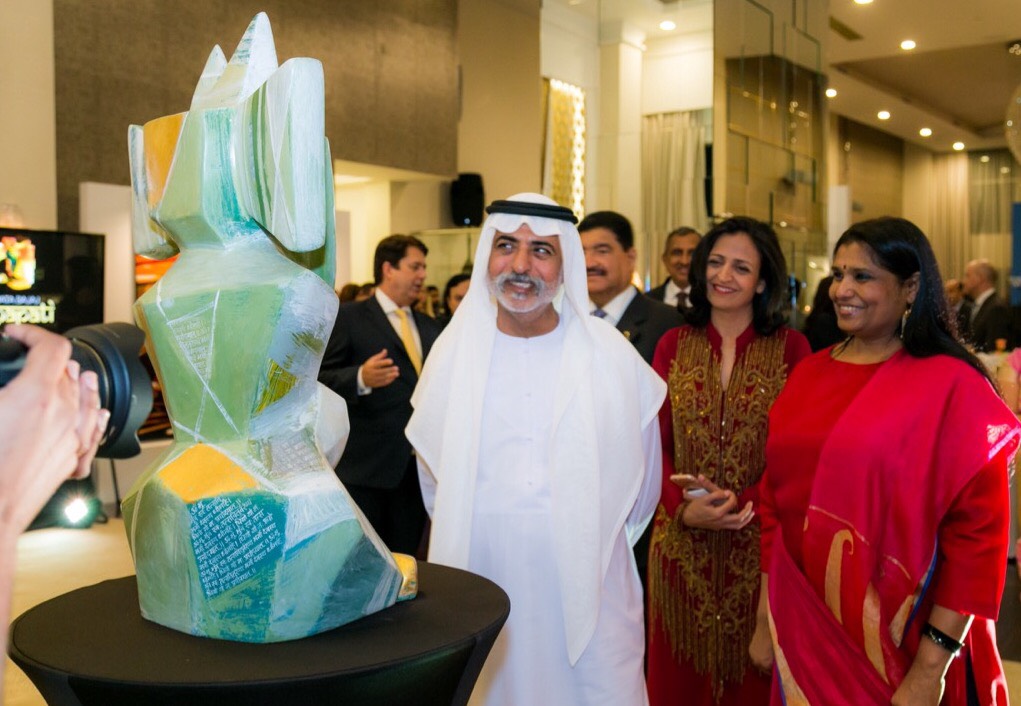 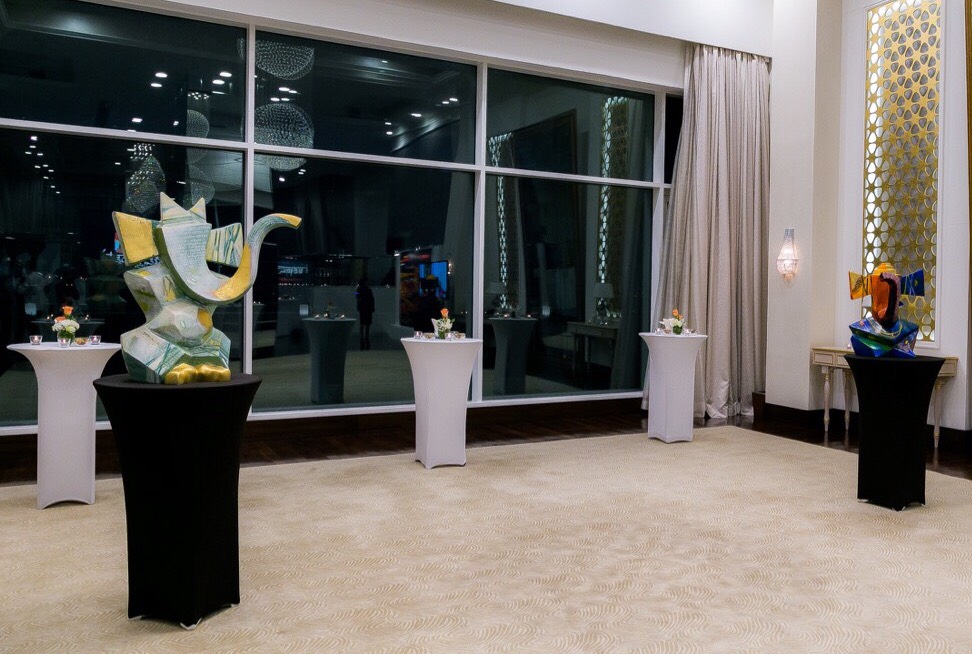 “Sujata Bajaj’s endless imagination conjures the shared hopes and dreams through the use of gorgeous colours, arresting lines and compelling shapes. Turning the pages in her breathtakingly beautiful book Ganapati, I am especially captivated by her choice of vibrant colours that freely and joyfully give life to her creations. It is as though she is revealing herself — her intellect, her imagination and her values. The talent and virtue of India have been invaluable in the development of our country,” said Sheikh Nahyan Mubarak Al Nahyan.

Guests of honour Navdeep Suri, Ambassador of India to the UAE and well-known actress and cultural icon Shabana Azmi were also captivated by the diversified Ganapathis in the newly launched book.

Bajaj, an abstract colourist, who lives between France, India and the UAE, had also placed on display specially flown in canvases that mark her creative journey, both in terms of the theme for the evening and some of her more compelling abstracts for which she first came into the public eye.

“I have know Sujata for 30 odd years and watched with delight her growth on the canvas, literally and metaphorically! She has a strong, independent signature, deeply rooted in Indian culture but with the flourish of an international vision. I am proud to be present in support of her Dubai book launch,” said Shabana Azmi.

Sujata’s sculptures, of which two were on display, are inspired by what she calls ‘visions’ of rich colour and shape, and produce and impact dramatically on the viewer, both professional and the lover of art.

It all started around 30 years ago, when Bajaj was confined to bed with a leg injury. It was then that she began outlining the image of Ganapati, later being obsessed with it. The union that began then took shape as a lifelong affair, which is now painting different hues over the years.

A Passion for Ganapati

A glimpse of the festival of lights in New Delhi