To push India on to the global food map, World Food India 2017 provided a platform to network and collaborate with Indian and international businesses – packed with exhibitions, sector-specific seminars, a fusion food street and record-breaking cooking sessions.

India is one of the largest producers of food and also one of the largest consumers with a USD 6 billion retail sector out of which 70 pc is food – this percentage is set to further increase by 2020. Thus, to provide a platform for global companies to enter India through joint ventures with local partners, the Indian Ministry of Food Processing Industries (MoFPI) came up with World Food India (WFI) 2017, which took place in the lawns of Rajpath in the national capital of New Delhi, from November 3-5, 2017.

With state and country exhibitions, sector-specific seminars, a food street, and theme pavilions, the event focused on transforming the food economy and working towards realising the vision of doubling farmers’ income by establishing India as a preferred investment destination and sourcing hub.

“Food processing sector in India and also across the world, notably in Europe, is driven by Small and Medium-Sized Enterprises (SMEs). We targeted more on SMEs because the giants manage to go across continents and find their partners. It’s the small and medium-sized companies who have the know-how and want to expand their footprint and want to enter the Indian market but don’t know how to go about it,” Harsimrat Kaur Badal, Indian union minister of food processing, told Biz@India.

Inaugurated by Indian Prime Minister Narendra Modi, the event witnessed Indian states showcasing their produce, policies, infrastructure and what tie-ups they are interested in, for over 30 international countries including France, Spain, and Abu Dhabi, amongst others. Among these countries, Germany, Japan and Denmark were the partner countries, while Italy and Netherlands were the nations in focus.

“Traditional Indian home-based techniques like fermentation have resulted in creation of our famous pickles, papad (crisp snack), chutney (sauces) and murabba (sweet preserved fruit) that excite people across the world,” Modi said. “India has jumped 30 ranks in the World Bank ‘doing business’ rankings. It was ranked number one in the world in 2016 in greenfield investment, and is also rapidly progressing on the ‘Global Innovation Index’, ‘Global Logistics Index’ and ‘Global Competitiveness Index’,” he added.

Apart from conferences and exhibitions aiming to share understanding and opportunities across the food economy to facilitate partnerships and propel growth, WFI also offered an experience to savour both Indian and international delicacies by organising the Great India Food Street.

“International companies had the chance to test their produce on the Indian palette to see how it reacts. The street not only came with business opportunities but also had a light side to it where international chefs worked together with top Indian chefs to create something, which is international but with Indian ingredients and spices,” Badal added.

To popularise khichdi (a multigrain preparation) and its recipe in restaurants and kitchens globally by Indian Foreign Missions, over 900kgs of khichdi was prepared by renowned Indian chef Sanjeev Kapoor, who was roped in for the three-day event as the brand ambassador of the ‘Great India Food Festival’.

In a seven-metre kadhai (cooking pot) with a 100 litre capacity, more than 50 people were involved in the preparation of the dish, which also made its way into the Guinness Book of World Records for the ‘largest serving of rice and beans’.

Khichdi – a preparation of rice, pulses, coarse cereals and spices – is a traditional Indian staple food, which has been selected as ‘Brand India Food’ as it symbolises the nation’s unity in diversity. 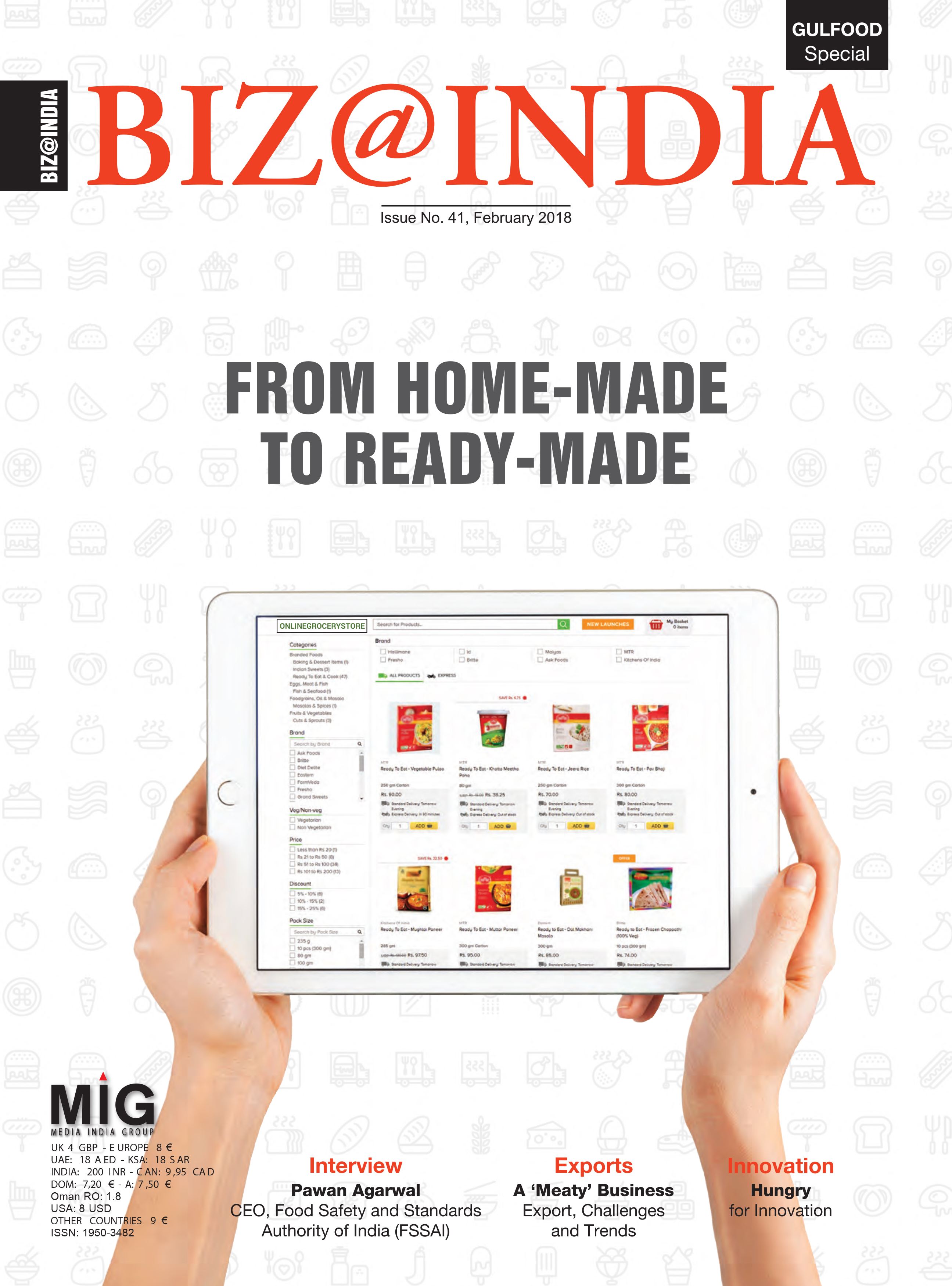 Once again Dubai becomes the centre for innovation in the Food and Beverage (F&B) industry as it hosts Gulfood 2018, and with that, once again Biz@India brings you an in-depth look at the burgeoni... Read more

Promoting Kolkata as a MICE Destination

Bringing Together Leaders of Aviation

Promoting Kolkata as a MICE Destination

Bringing Together Leaders of Aviation