Jasleen Kaur Jan-Feb 2015 From the Cockpit

Lufthansa, a well-known name in the aviation sector, is all set to give a tough competition to its contenders through its ambitious plan of low-cost flight ‘Wings’, slated to commence from 2016. India is one of the destinations being eyed by the airline.

Your dream European holiday may soon be within your reach. German airline Lufthansa is launching a long-haul low-cost carrier (LCC) called ‘wings’ by 2016.

“We are going to buy three Airbus A-330s next year for Wings and try to launch it in 2016. There is huge demand in India and places like Hyderabad and Kolkata could be the destinations for Wings from Cologne. The LCC’s European base could be either in Germany, Austria or Switzerland (Swiss and Austria are a part of this alliance). From there, flyers can connect to other LCCs for travelling within Europe like German Wings, which is already flying,” Lufthansa Director (South Asia) Wolfgang Will said. Like German Wings, Wings will not fly to major hubs like Frankfurt or Munich and go to less congested airports instead. Will further said about the endaevour, “Innovative concepts with substantially lower costs combined with the strengths, skills and expertise of the Lufthansa Group: that’s our recipe for success. And our new ‘wings’ product will offer both outstanding value for money and the strongest quality, reliability and safety credentials.”

LCC – Different in many ways

While the model for Wings is being finalised, the LCC promises to be different from short-and medium-haul budget carriers. It is unlikely to charge for food and beverages. Its aircraft will have in-flight entertainment — something that short haul LCCs don’t possess. So, how can passengers hope for lower fares?

“The project has been announced by the board recently and the details are being worked out. The A-330 of Lufthansa has 217 seats in a three class configuration: eight first; 48 business and 161 economy. The Wings’ A-330 is not going to have any first class, fewer business seats and a large economy class. It can easily have up to 300 seats. The idea is to have a low-cost base and spread that over a larger number of passengers, to have economic fares,” said Will.

The other side of the story

One side, the airline has brought super-jumbo A-380 for the discerning travellers in India; while on the other, it has low-cost carriers to offer. This way, it serves all kind of tourists segments in India. Lufthansa, like other foreign airlines, is very bullish on travel growth to and from India, especially in the business segment. The airline, which currently flies a daily A-380 service on Delhi-Frankfurt route, will deploy the super jumbo on Mumbai route too next winter if the second A-380 stand at the airport is ready for use. “We wanted to fly there from this winter only but were not getting the desired slot due to infrastructure constraints at Mumbai airport. Now that they have told us that the second A-380 stand will be ready by next summer, we should be launching the A-380 there next winter,” said Will.

Lufthansa’s ‘Wings’ concept broadly stands for point to point, lower cost, operations. Its plans for a new longhaul airline in this part of the market, primarily aimed at private travellers, were first outlined in July 2014. In short-haul, Lufthansa has owned a lower cost subsidiary airline, German wings, for many years and has been growing it strongly since July 2013. But now it is facing intensifying competition from low-cost carriers like Ryanair and EasyJet that have respectively opened new bases in Cologne and Hamburg, while Vueling and Norwegian Air Shuttle have also added German-Spain routes. The grouping of Lufthansa’s low-cost projects under the loose ‘Wings’ name stems from the long established German wings and from other Lufthansa group company Eurowings. The Eurowings long-haul service will initially be equipped with three leased 310-seat Airbus A330 aircraft and serve Florida, southern Africa and destinations in the Indian Ocean. The long-haul fleet could be expanded to seven aircrafts.

Though spreading new ‘wings’ will bring competition for airlines in the sky; the real joy in terms of best deals is for Indian travellers who can travel the world by saving their pockets. Indeed! 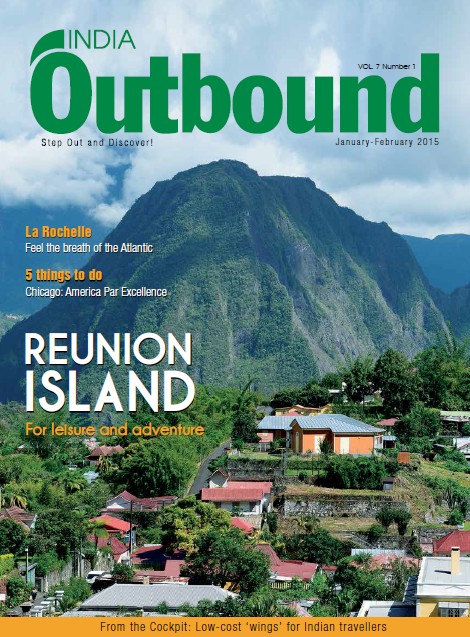 With SATTE around the corner, we have once again come with a special issue of India Outbound to complement the event. It brings to you a description of the travel trends in India through an interview ... Read more

Interview with Wolfgang Will

Interview with Wolfgang Will