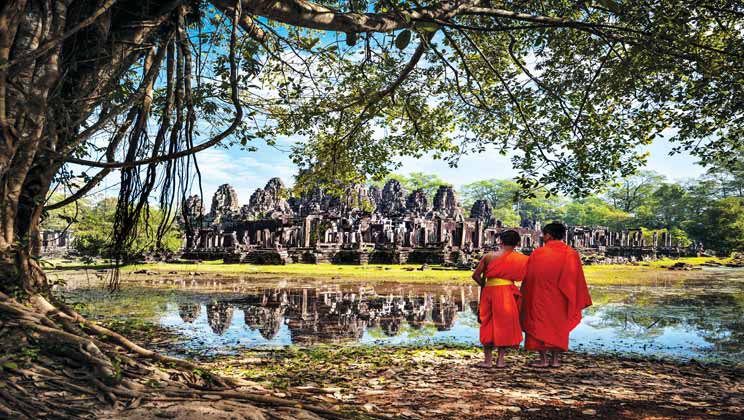 The beautiful Angkor Wat temple is considered to be a symbolic representation of Hindu cosmology. The place is a major site exemplifying religious, cultural and symbolic values, and has rich architectural, archaeological and artistic significance.

Angkor Wat, the largest religious monument in the world, is the ultimate expression of Khmer genius. It is one of the most famous and important archaeological sites in south-east Asia. Roughly constructed between 1113 AD and 1150 AD in Siem Reap, Cambodia, the historical site is dedicated to the Hindu God Vishnu. The monument was built by King Suryavarman II as his state temple and capital city. As the best preserved temple at the site, it is the only one to have remained a significant religious centre since its foundation – first Hindu and then Buddhist.

The temple is at the top of the high classical style of Khmer architecture. The monument has become a symbol of Cambodia and a national pride thus appearing on its national flag. It is also the country’s major attraction for tourism.

The name Angkor Wat means ‘City Temple’; Angkor is a vernacular form of the word nokor, which comes from the Sanskrit word nagar. Wat is the Khmer form of the Pali word vatthu, meaning ‘temple grounds’, which was supposedly added to the then capital city Angkor when it became a Theravada Buddhist monument, most likely in the 16th century. After 1432 when the capital moved to Phnom Penh, Angkor Wat was cared for by Buddhist monks. The place is the largest Hindu temple complex in the world. Prior to this time the temple was known as Preah Pisnulok (Vara Vishnuloka in Sanskrit), after the title of its founder.

The Cambodia Tourism website describes that the architecture in Angkor Wat combines two basic plans of Khmer temple architecture – the temple mountain and the later galleried temple, based on early south Indian Hindu architecture. It is designed to represent Mount Meru, home of devas (gods), within a moat and an outer wall that is 3.6 kilometres long are three rectangular galleries, each raised above the next. At the centre of the temple stands a quincunx of towers. Unlike most Angkorian temples, Angkor Wat is oriented to the west; scholars are divided as to the significance of this. The temple is admired for the grandeur and harmony of the architecture, its extensive bas-reliefs, and for the numerous devatas (gods) adorning its walls.

“This is a temple that is not only unique in its architecture but also its vast history. The thing that caught my eyes more than the temple was the fact that it was built as a Vishnu temple for Hindus and later transformed for Buddhists, and thus has an architecture that is a mixture of Hindu and Buddhist styles. The temple was made 2,500 years ago with huge sandstone blocks and the most surprising thing is that back in those days the blocks were brought on rafts all the way from Phnom Kulen mountain to the temple compound, which was 50km away, down the Siem Reap river,” says Raktim Roy, managing director of a travel group based in Kolkata.

The tourists are often struck by its imposing grandeur. This place holds a special place for Hindu architecture as there are 1,200 square metres of carved bas-reliefs at Angkor Wat, representing eight different Hindu stories.

The most important story represented at Angkor Wat is the samudra manthan (churning of ocean), a story about the victory of good over evil. In the story that is depicted on the wall, 88 devas are fighting 92 asuras (demons) in order to reclaim order and power for the gods who have lost the battle. Therefore to reclaim peace, the elixir of immortality, amrit (nectar) needs to be released from the Earth; but the only way for the elixir to be released is for the gods and demons to first work together. Both sides are aware that once the amrit is released there will be a fierce battle to attain it. Several events happen while the samudra manthan (churning of ocean) takes place, one being the birth of apsaras (celestial maidens) who are carved in relief throughout Angkor Wat. Once the amrit is released, Indra (a Vedic deity in Hinduism) descends from heaven to catch it and save the world from the destruction of the demons. This story has been beautifully depicted through the carvings at the cultural site.

“It has been an intense experience visiting a place that we have always read about in our history books. It is definitely a must-visit, not only because it is a UNESCO World Heritage site but also to gaze at the awe-inspiring architecture of the ruins of the temple, which is magnificent; and also to be a part of the enriching history and stories that have been left behind and will continue to stay as a legacy is a unique experience,” adds Roy.

It is said of the architecture of Angkor Wat that it is a miniature replica of the universe in stone and represents an earthly model of the cosmic world. The central tower rises from the monument, symbolising the mythical mountain, Meru, situated at the centre of the universe. The five towers correspond to the peaks of Meru and the outer wall corresponds to the mountains at the edge of the world, whereas the surrounding moat represents the oceans beyond.

“The Angkor Wat temple located in the Siem Reap province is the most important archaeological site in south-east Asia. Visitors also come here for the experience of adventure with activities like trekking, riding an elephant and kayaking along the river and also to have an experience with the local community and the people living in the jungles,” Thoura Lor, director of Marketing and Promotion, Cambodia Tourism, tells India Outbound. Known for its rich cultural heritage in the most captivating form, this magnificent site lures the visitors with its bucolic beauty. 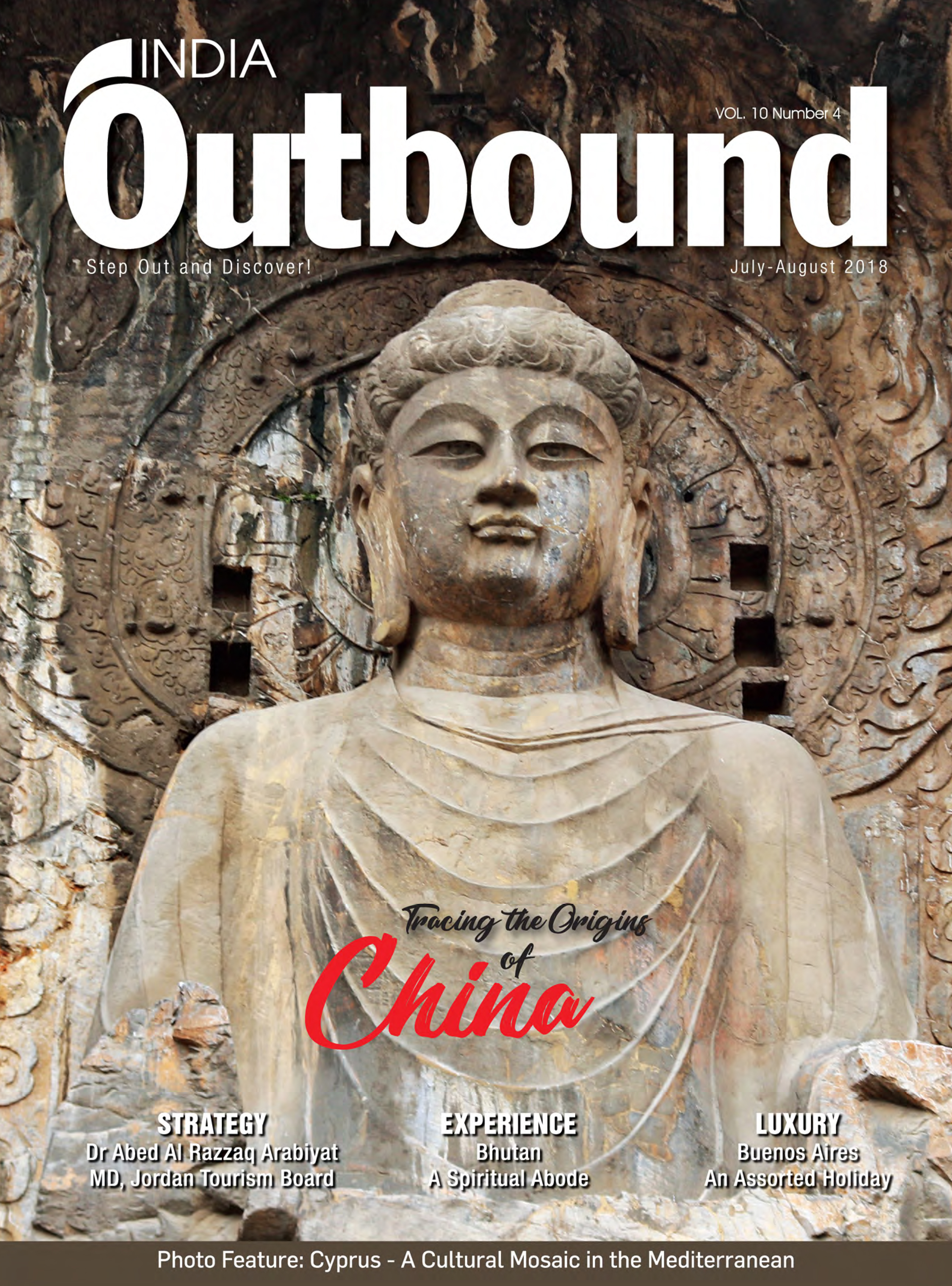 To an average Indian, China represents a mystic northern neighbour that is best known by all sorts of products that one can find in the Indian markets today and whose relations with India seem trouble... Read more

Treasures of the Nile

Amidst the jungle of relics and ancient Egyptian artifacts

Treasures of the Nile

Amidst the jungle of relics and ancient Egyptian artifacts