India may have been the fastest growing aviation market in the world for years, but the country continues to suffer from a severe Maintenance, Repair, and Overhaul (MRO), a crucial aspect of aviation.

Except over the last few months, before the grounding of Jet Airways, the country’s second-largest carrier, Indian aviation industry had been soaring. Before the numbers dipped slightly in April, the industry had been one of the fastest growing in the world, and is projected to become the third largest in the world by 2025. The industry’s report card has overall been positive, with data showing the Indian domestic market growing at 18.6 pc as against 11.7 pc in China in 2018.

The government, in anticipation of the growth, has been ensuring that aviation infrastructure development, in the form of either modernisation and expansion of existing airports or creation of new airports, keeps pace. However, the government, as well as the industry, seems to have missed out on a crucial aspect of the industry – MRO to ensure that the planes that ferried over 110 million passengers across the country last year can be serviced properly in order to keep them air worthy. Despite a ten-fold increase in the number of airplanes in India, the MRO industry has consistently lagged behind.

All aircraft are obliged to undergo some servicing and some checks at pre-determined intervals. Currently, apart from very basic maintenance such as painting, changing of wheels or very minor engineering, Indian airlines are obliged to send their fleet overseas for keeping them fit.

“The industry has grown tremendously in the last five years. Many aircraft have been bought and many more ordered. The passenger movement has increased, and with more growth expected in the next five years, it is take off-point for MRO right now,” says Anand Bhaskar, CEO, Airworks, one of the leading independent providers of MRO services in India.

The MRO sector, for the longest time, has been in the backseat, with little or no efforts put to grow the sector in the country. “It is a tough industry, is very regulated; is all about safety, and is thus very important as a sector. Of course, things take time to build, but in the last five years we have come a long way and have put the basic building blocks in place,” says Bhaskar.

As per a report by the India Brand Equity Foundation, (IBEF) an organisation of the Ministry of Commerce and Industry, growth in aviation is accentuating the demand for MRO facilities. Expenditure in MRO accounts for 13-15 pc of total revenues, which is the second-highest expense after fuel cost.

Putting the right policies in place

In 2015, the rules governing the MRO sector were tweaked, leading to optimism in the industry about future growth. “Now we have a regulatory framework that encourages MRO in India. We have, to a great extent, the tax structures in place and we have identified the challenges that need to be addressed for the growth of MRO sector,” says Bhaskar.

Earlier, if spare parts or any other products were imported, they had to be used within 90 days or reexported. This severely limited the availability of spares for aircraft and could lead to grounding of the plane for days till the parts arrived in India. This period has now been extended to 180 days, giving some breathing space to the MRO players as well as airlines.

The relaxation in policy has helped businesses like Airworks expand and prepare for a more competitive future. “Importing Aircraft parts would incur three times the cost, due to duty and shipment charges. The import duty has thus been waived off, reducing the cost of imports,” says Bhaskar. Another measure welcomed by the industry is that most aviation parts can be imported either duty-free or without any countervailing duties, lowering the cost for the MRO and making them more competitive.

Currently, the MRO sector in India has a handful of players, present only in a few airports. At its base in Hosur near Bengaluru, Airworks does base maintenance while it also takes care of line maintenance at 20 international airports in India. An MRO facility was inaugurated in Hyderabad in 2015 by Air India Engineering Services Limited (AIESL), a 100 pc owned subsidiary of Air India. Other players include Max Aerospace & Aviation, and Indamer in Mumbai, GMR Aero Technic (GAT) in Hyderabad, Deccan Charter also in Bengaluru, and BirdExecuJet in Delhi.

The government of Gujarat has ambitions of developing a major MRO hub, with the potential of manufacturing aircraft parts and capable of competing at the global level, at Dholera, near the capital Gandhinagar.

As per reports, an Air India MRO facility in Hyderabad is seeking to expand and upgrade its operations to serve a wider range of aircraft while working towards EASA 145 certification. The MRO, set up in 2015, is in talks with ATR, maker of smaller passenger aircraft, to set up a servicing facility and Indigo, the largest airline in the country that has a big base in Hyderabad, to offer services.

The European Aviation Safety Agency certification aligned to the maintenance will enable the Air India facility to re-certify foreign aircraft being deployed in the country. “The MRO has the capacity to handle ATR-72 and A320 aircraft. We plan to capitalise on this capability and expand the services both for AI and non-AI business,” G Soloman Jayabalan, general manager (engineering) Hyderabad told the Indian press.

“For aircraft painting, flights had to go down to Europe. Aircraft painting is labour intensive and requires intense attention to details. Even a task like this was not done in India earlier, a country where manpower has always been in abundance, and was instead outsourced to the United Kingdom (UK), which has one of the highest labour rates in the world. To bring the service home, Air Works acquired a company in the UK, learnt the skills of aircraft painting and is now offering painting facility in India, to large international customers,” says Bhaskar. Airworks has so far painted over 10 aircraft in India and the company believes that India could be an MRO hub for south-east Asia, citing that its own work is of very high quality, matching the best in the world. The challenge for Airworks remains the high import duty, which even now is 15 pc, rendering the company uncompetitive against overseas MROs.

“Making paint duty free in India will also help India be in competition with the UK, the UAE, Singapore where there are no duties on paint. Also, an ecosystem has to be developed. There is no aircraft painting company in India,” he adds.

As the aviation industry has grown, so has the demand for MRO facilities within the country. There are now more flights taking off from Indian airports than ever before. With schemes like the Regional Connectivity Scheme (RCS) already in place, flights are servicing from even small Indian cities. The number of planes, as well as, varieties have also grown several folds.

Currently, however, the Indian MRO sector is able to provide Type- I services only and can not handle more complex tasks such as checks and maintenance of airframes, systems and engines.

One of the biggest growth restraints for the market is high taxes which makes them comparatively costlier than companies broad. This has resulted in domestic and international airlines preferring to avail of MRO services outside India.

Tax rates on MRO in India are amongst the highest in the world, creating a price difference of about 22 pc. The MRO setups are capital intensive and require significant investment in terms of infrastructure, material, training of manpower and technology. The National Civil Aviation policy (NCAP 2016) attempted in part to address this issue by limiting the royalty and additional charges and mandating that these not be levied on MRO service providers up to five years. Yet, the royalty is still being imposed under different classifications ranging from 11 pc to 30 pc. These factors render most of the Indian MRO operations unviable as airlines prefer to send their aircraft overseas, even if it means more time away from their fleet.

Presently only Air India and Jet Airways have in house maintenance, repair and overhaul facilities in India, yet they too have resorted to using overseas MROs at times due to the price advantage of the foreign centres.

As the Narendra Modi government starts its second term, it would do well to focus on the MRO and address these issues not to help Indian carrier become more efficient, but also promote the growth of a robust MRO industry and thousands of jobs that the sector will create. 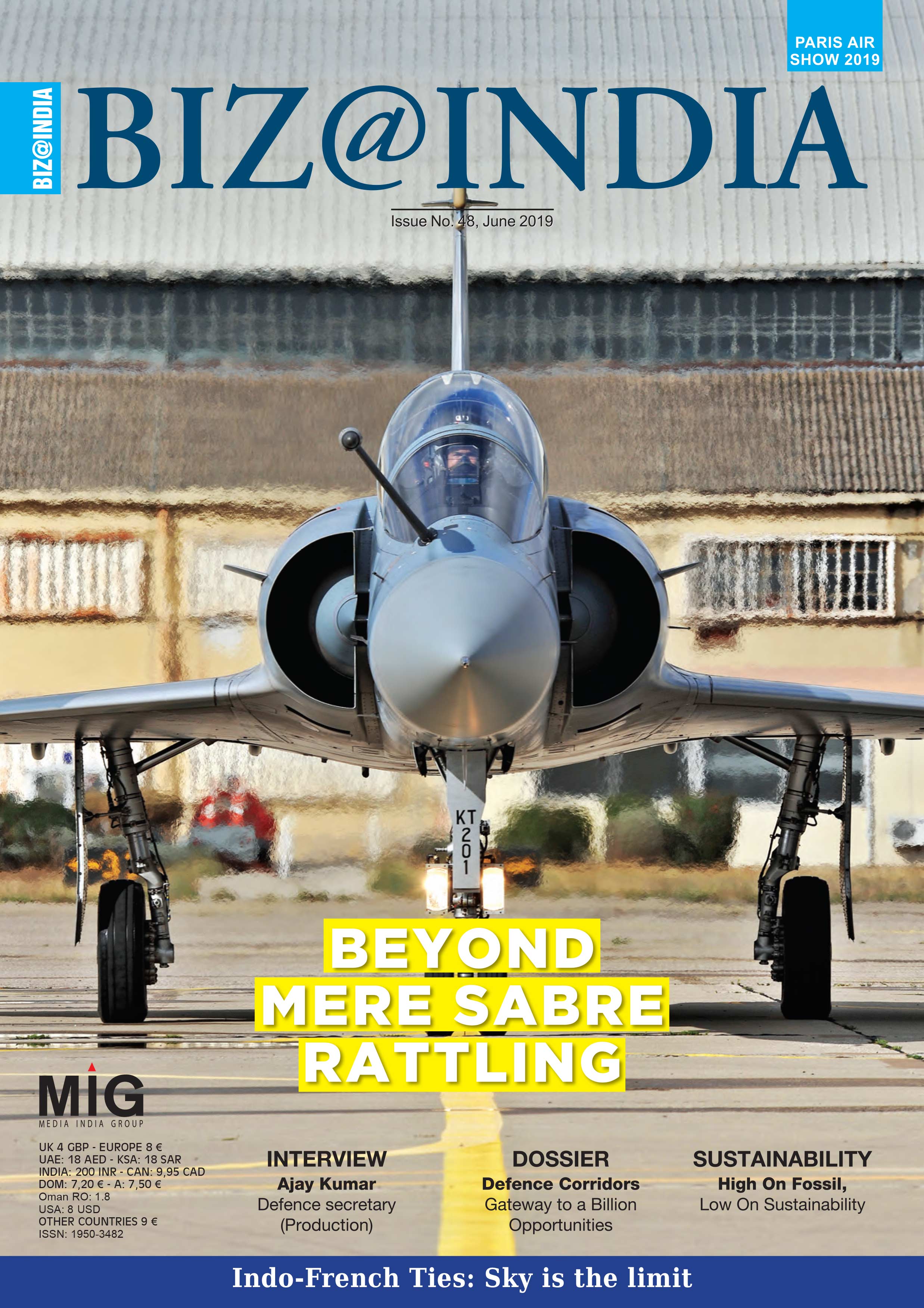 The story of smart Indian travellers

The story of smart Indian travellers