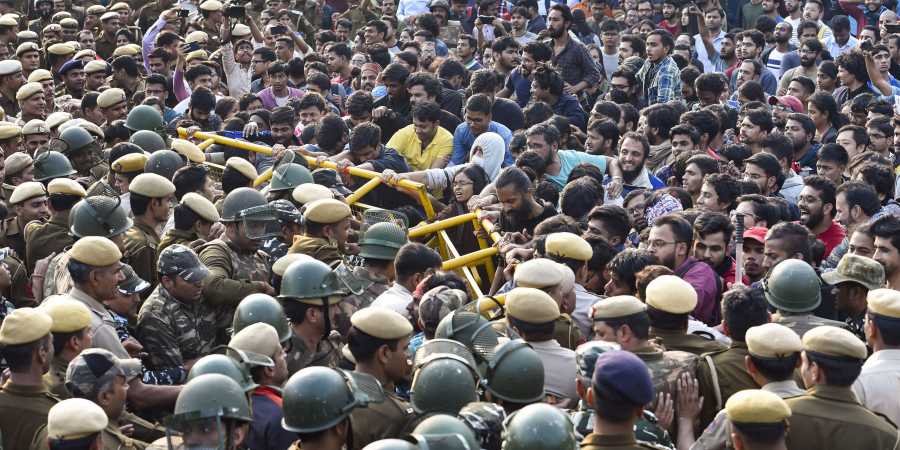 India is on the third spot after Turkey and China in terms of assaults on the higher education community. Violent altercations between students, security forces and off-campus groups, and actions against scholars critical of those in power are on the rise.

Turkey, China and India accounted for nearly 30 pc of all cases of violence in higher education campuses during last one year. Violent campus attacks reported in Turkey was 49, in China it was 27 and India also witnessed 27 incidents. This assessment comes from Free to Think 2019, brought out by Scholars at Risk (SAR), an international advocacy network based in New York University. The report analysed 324 attacks on higher education communities in 56 countries between September 1, 2018, and August 31, 2019.

Worried over the global trend SAR’s executive director, Robert Quinn expressed concern how these attacks erode an essential, global space for academics, students, and the public. “Attacks on higher education communities — regardless of their location, scale, or scope — hold consequences for societies everywhere,” he asserts.

The report comes a day after the Delhi Police lathi-charged hundreds of students from Jawaharlal Nehru University (JNU) in New Delhi who marched to Parliament demanding a rollback in hiked hostel fees last week.

The report devotes an entire chapter on India. “National political tensions in India have manifested in numerous incidents on campus. In a number of cases, incidents have turned violent, resulting in injuries to many students and university personnel, damage to university property, and campus closings. In addition, authorities have arrested scholars and students, both individually and en masse (with the numbers of detainees estimated in the hundreds); and several scholars and students have suffered professional or academic retaliation for critical expression.”

“While these types of incidents are not necessarily new, the volume of attacks in India in recent years warrants a closer look at challenges facing scholars and students in the country,” it warned while documenting clashes that broke out in Manipur University, Delhi University, Punjabi University and Kolhan and Ranchi universities in Jharkhand.

Some of the cases documented in the report include the following:-

Recalling the pressures in several countries including India, the report notes violent attacks on the university space; imprisonments and prosecutions; the use of force against students; terminations and expulsions; travel restrictions; threats to institutional autonomy; and other pressures shrink the space for higher education communities to develop and convey knowledge and serve society, especially on issues of critical importance to scientific advancements, public policy, and democratic debate.

“Recognising these incidents—despite variations in target, type of attack, and location—as a single global phenomenon is a critical first step in devising solutions,” it concludes.