Belief is one of the strongest driving forces in the world and in India, there is a vast variety of faiths and beliefs. But what when this faith is a bit unconventional? Here are a few offbeat Indian temples which may leave you surprised.

Hindu mythology is believed to have 330 million deities for the people to establish their faith in as they want to accept. The deities are lovingly offered flowers and food called prasad (derived from a Sanskrit word meaning divine grace of God) as offerings. But different deities have different sets of offerings – while Goddess Kali is worshipped with red hibiscus, dhatura is apparently Lord Shiva’s favourite flower. Even in food, Lord Ganesha is offered sweets like modaks and ladoos while little Krishna is considered to be crazy about butter!

But have you heard of someone offering chocolate or fruit jam as offerings to God? While it may seem weird, there are real temples in India known for the unusual offerings made to the presiding deities. They not only offer the above-mentioned food items, but also clocks, toy planes and even wine!

Here are a few of those offbeat temples with their unconventional offerings which you can visit and see for yourself:

As the name of the presiding deity of the Chemmoth Sree Subramaniya Swami Temple, Munch Murugan suggests, he is offered Munch chocolate! How Balamurugan, the son of Lord Shiva, became Munch Murugan is an interesting tale. This practice started nearly a decade back when a small boy rang the temple bell for fun and got scolded for his actions. Incidentally, he fell sick the same night and kept repeating Murugan’s name unconsciously. When his parents visited the temple along with him the next day for his health, they were asked to offer something to the Lord. The boy offered a Munch chocolate he had on himself at that moment and was cured soon. Since then the Lord has been receiving Munch bars in loads! And the fact that the chocolates are given back to devotees as prasad, the temple is a favourite of the children visiting.

Knowledge is the best gift 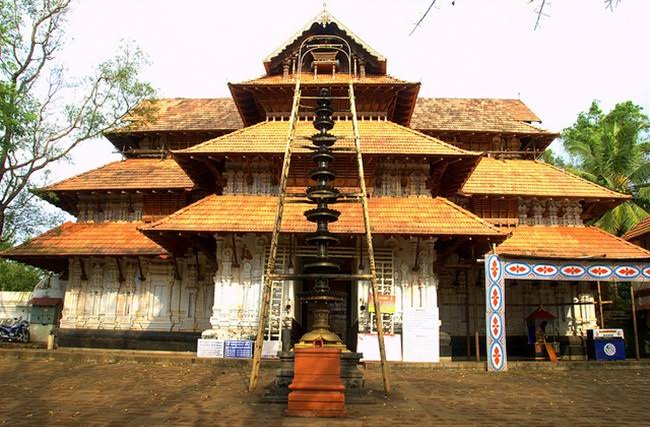 If you visit Lord Shiva’s temple at the National Heritage Centre in Thrissur, Kerala you may be handed over CDs, DVDs or textbooks as holy prasad in exchange of your offerings! The temple authorities follow the belief that knowledge is the best gift of God and that devotees should be blessed with it. That is why they have adopted this convention to distribute textbooks, writing material and informative brochures to visitors.

At Lord Murugan’s temple in the Palani hills in Tamil Nadu, you get the delicious panchamirtham, the prasadam made out of five fruits, jaggery and sugar. While earlier it was handmade, the temple had got a plant established to manufacture the jam mechanically and in hygienic condition. The prasad is regarded as the oldest form of jam. It is said that the idol of the deity is made up of nava pasanam (nine poisons) and it is believed that this panchamirtham imbibes the energy of this nava pasanam and can cure illness.

Normally in India, it is considered disrespectful to bring liquor at the place of worship but at the Kaal Bhairav temple in Ujjain, Madhya Pradesh, liquor is actually the offering made to the lord! There are shops lined up outside the temple selling baskets of offerings, containing coconuts, flowers and a bottle of liquor. The state government in 2015 even set up licenced liquor counters to ensure that the devotees are not swindled by unlicensed vendors. The priest pours a bit of the liquor into a saucer, offers a prayer and then tips the liquid into the idol’s mouth through a slit! The left liquor is given back as prasad.

In Kolkata’s Tangra area lies Chinatown, which houses a ‘Chinese Kali temple’. This temple, while not much different from other Kali temples, is unique because of the bhog (food offered to God) which comprises of noodles, chopsuey, rice-and-vegetables dishes – all ethnic Chinese dishes! It is a representation of not only the blend of two cultures but also a great example of unity and acceptance. 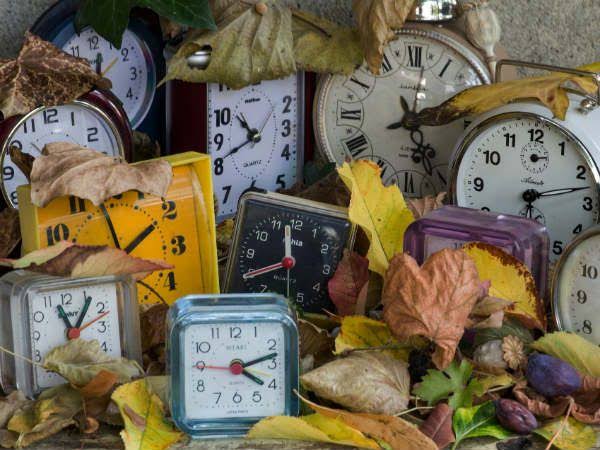 While all the above offerings may not have surprised you, as you might think what they are all food, the next temple may be the one to bowl you over. Devotees visiting Brahma Baba’s temple in Jaunpur, about 230 km south-east of Lucknow, capital of the state of Uttar Pradesh, bring along clocks and watches as offerings to show their gratitude towards the deity once their wishes are fulfilled. The ritual dates back nearly three decades when a man asked the deity to fulfil his wish of becoming a driver by blessing him with driving skills! Soon after when he started to drive, he offered a clock as offering to the temple. Since then it has become a tradition at Brahma Baba temple.

Glimpses of the pious Gurupurab celebrations The ruins of Purulia temples

The artistic temples with the influence of Jainism