The first unit of the Kudankulam Nuclear Power Plant was handed over to India on 6th August by Russia. The launch of the power plant located in Tamil Nadu, a South -Indian state, was also attended by the Chief Minister of Tamil Nadu, J. Jayalaltiha and members from Narendra Modi’s cabinet such as Minister of External Affairs of India, Sushma Swaraj.

Putin was thanked by Modi for his efforts and assistance in  building of the first unit of the power plant, outlining that this was only a starting point for a future cooperation between the two countries in the energy industry. The inter-governmental deal previously between India and erstwhile Soviet Union was supposed to be implemented by 1998. The idea with Russia has led to the development of the power plant, jointly being built by Nuclear Power Corporation of India and Russian state’s nuclear power corporation subsidiary, Rosatom.
Modi tweeted, illustrating the significance of this new Nuclear Power Plant, after the video conference-

Dedication of Kudankulam nuclear power plant unit-1 is a special moment in India-Russia ties, illustrating the strength of our partnership.

Putin was also enthusiastic about continuing to support  the project of building other Nuclear Power Plants in India. He stated in the conference, “We have big plans with our Indian friends in the area of nuclear energy. Construction work on the third and fourth blocks of the plant started in February. We expect to sign a general framework agreement and a credit line for the construction of a third stage by the end of this year.”

Strong ties remain
Historically, India and Russia have shared strong economic, military, cultural and strategic ties despite occasional fall outs, dating back to the time when India got independence and Russia was part of  the erstwhile Soviet Union. India is reportedly the second largest market for Russia’s defence industry, with joint military programmes and weapons purchase as a highlight.

Today, even at a time when Indo-American relations are growing, India still remains strongly connected with Russia. It is a new form of partnership that can prove favourable for both countries and deepen their existing bonds. 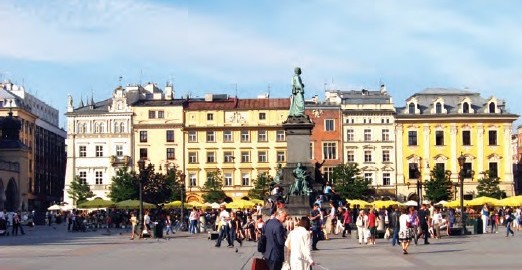