Gateway of Gateways
The best gateway to explore Mumbai 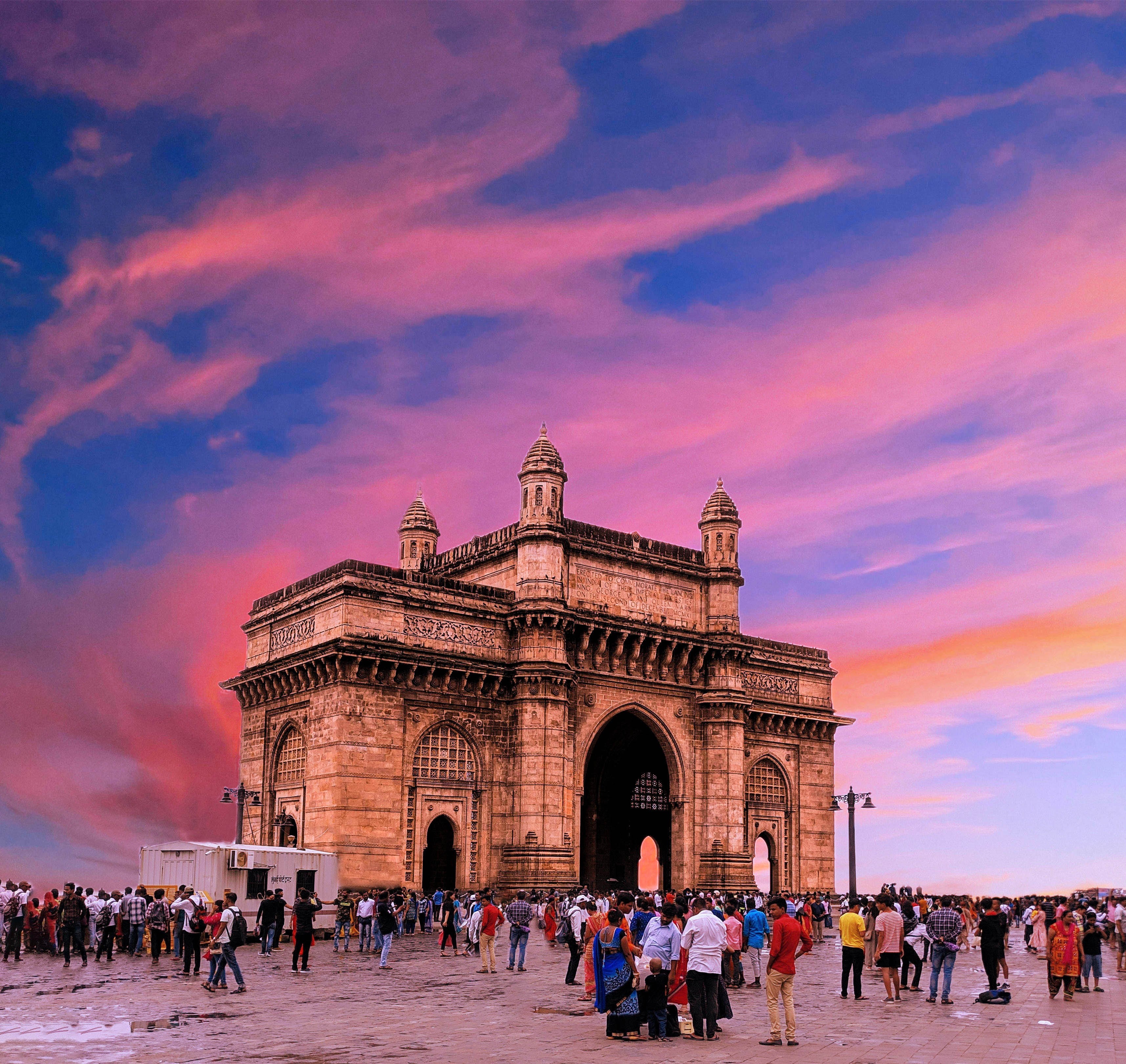 Overlooking the Mumbai harbour and bordered by the Arabian Sea in the Colaba district, the Gateway of India is located at the tip of Apollo Bunder in the commercial capital of India. As the top tourist destination in Mumbai, here are some of the several reasons for tourists to not skip the Gateway of India during their visit to Mumbai.

The historical importance of the 26 metre (85 feet) high monument makes it worth visiting again and again. Made of yellow basalt and reinforced concrete, combining Indo-Saracenic style with 16th-century Maharashtrian architecture, the Gateway of India was erected to commemorate the landing of the first British monarch to visit India, King-Emperor George V and Queen-Empress Mary. Although they were only greeted by a cardboard model of the monument as the foundation stone was laid later in March 1913 by the then governor of Bombay, Sir George Sydenham Clarke, and the final design of the monument by architect George Wittet, a Scottish architect credited for having an evolutionary impact on the Bombay’s architecture, was sanctioned only in 1914, with the construction being completed 10 years later in 1924.

Defining itself as a symbol of ‘conquest and colonisation’, the gateway also is the monument from where the last British troops left India in 1948, following the independence in 1947. Adding to the cultural history, the monument has also been the location for the local Jewish community to light the menorah for Hanukkah celebrations every year, since 2003.

Apart from being a history buff’s paradise, the monument is also a street foodie’s dream come true, as many Indians and foreigners specially visit the monument to treat their taste buds with the exquisite Indian version of fast food sold by hawkers from portable market stalls outside the monument. The vendors offer various savoury Indian street foods including the spicy potato filled Samosas, Pav bhaji which is a curry served with a bun, Bhel puri, a spicy melange of puffed rice, vegetables and a tangy tamarind sauce and delicious raw fruits seasoned with spices like Carambola, or star fruit, mango and pineapple.

As a protected monument in Maharashtra under the aegis of the Archaeological Survey of India (ASI) and with regular maintenance, at least by Indian standards, the Gateway of India stands as a regular gathering place for photographers aspiring to click for various shoots or just for an Instagram boost. Standing opposite India’s first and most iconic luxurious hotel, The Taj Mahal Palace, with lots of pigeons and other birds makes for a notable spot for many to get clicked to immortalise the memory of their Mumbai visit. One can either get professionally clicked pictures shot by the photographers dressed uniformly in white shirts and black pants, which one is sure to encounter and get a print and digital copy or, simply make merry with their own smart devices which all sews up to say, that the gateway is also a photography fan’s ultimate stop.

A solitary welcome to the New Year

Four destinations away from the à la mode cacophony