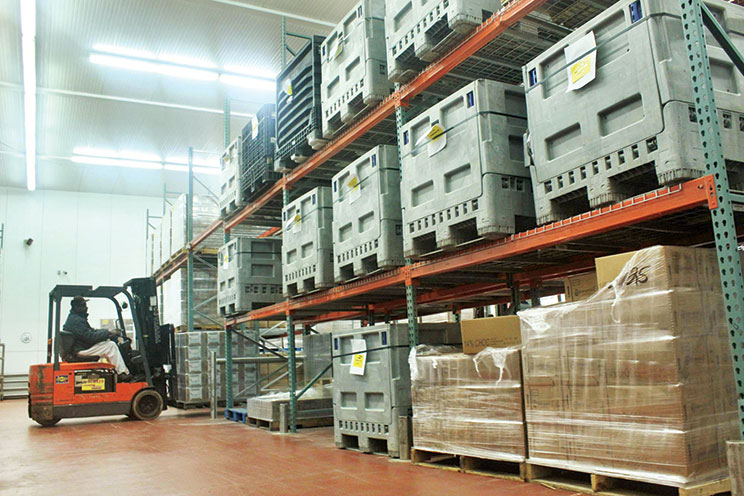 With the rise in use of solar power, some companies have developed storage rooms and cubicles, powered by solar energy, increasing the shelf life of the harvest nearly 10 times and boosting farmers’ incomes.

Every year, India loses nearly 38 pc of its total harvest due to a variety of reasons, mainly related to the lack of an efficient market linkage system as well as absence of a large scale climate-proof storage capacity. This severely impacts the incomes of a large majority of Indian farmers, of which nearly 86 pc barely manage to eke out a living, earning less than USD 1,000 a year for all their toil and effort.

But the rotting of harvested crops also leads to a waste at a criminal level, especially for a country like India which has over 350 million extremely poor people, who are clearly unable to afford two square meals a day.

One of the principal reasons behind the crop rotting at the farms is the severe lack of a proper storage system in the villages or at the farms. Most often, until a buyer is found and the price settled, the farmers are forced to keep their crops in the open field, where it is vulnerable not just to nature’s vagaries, but also to numerous animals and insects that threaten the crop.

And even where the farmers are able to make basic rooms for storage, either collectively or individually, these are just brick and mortar structures which are also vulnerable to humidity and pests. The farmers could get over the challenge by installing cold storage in their villages, but setting up a cold storage room is rather expensive and the running costs, especially electricity, could render them beyond the reach of not just individual farmers but indeed the entire village or a cooperative.

Energy expenses account for about 28–30 pc of total expenses in cold storage in India. Hence, electrical energy is a major running cost to maintain the cold storage facility. Moreover, grid power supply in the rural areas is very poor with respect to its quantity and quality. This is one of the main reasons behind the abysmally low penetration of cold storage rooms in India and the clear absence of an integrated cold chain that can store, preserve and transport perishable goods like fresh vegetables and fruits.

Traditionally, Indian farmers have been trapped in the clutches of the middlemen or agents who often crowd the villages and village markets at the harvest time, hoping to squeeze the farmers by offering them rock bottom prices for their goods.

Despite the government’s own purchases at relatively reasonable prices, an overwhelming share of the village market transactions take place between the farmers and the middlemen, who have traditionally made a killing by buying too low at the farm and selling extremely high in the cities, where the consumers are. Very often, the farmers sell to the first buyer, without being able to negotiate a good price as he is worried about the crop rotting and also because he can not afford the cost of transporting his goods back and forth from the farm to the market till he strikes a good deal.

The sun is one of the biggest threats to the perishable and sensitive crops in India and other tropical countries that have over 300 days of bright sunlight, often accompanied by high humidity levels, just the right mix to make the fresh products go bad.

Sun to the rescue

But now, it is the same sun that could come to the rescue of the farmers and help them preserve their goods for a much longer duration, allowing them to benefit not only from market dynamics and sell their harvest only when they find a buyer at the right price. Over the last few years, the development of solar-powered storages have become a rage across the world, with numerous start-ups and established refrigeration companies alike offering several options for farmers to establish cooling rooms as per their needs.

The solar-powered cold storage offers an ideal response to the needs of Indian farmers as it adequately addresses the problem of post harvest losses in fruits, vegetables and other perishable food. In these, the crop is placed in clean plastic crates, which are then stacked inside the cold room. This extends the freshness of fruits, vegetables and other perishable food from two days to about 21 days. The cold rooms are well insulated in order to maintain the necessary temperature, often up to 8°C. The energy comes from the solar panels that are mounted on the roof-top of the cold room and is stored in high capacity batteries that feed an inverter, which in turn feeds the refrigerating unit. Some of the more efficient cold storages can operate at a wide range of temperatures – from -40°C to 85°C, covering all of Indian landscape and its temperature ranges. It is also effective at extremely high relative humidity levels, going up to 90 pc.

Since these are modular systems, the farmers or their cooperatives can choose the size or keep on adding capacity as per their needs. They can be as small as 4 square metres and go right up to 100 square metres or beyond, able to stock several tonnes of produce. The farmers also have the option of creating different sections within the storage to meet different temperature requirements. As these are perfectly insulated, with proper handling goods can be frozen as well and kept for many months at a time.

Tests on some of the solar-powered cooling rooms in India have been rather encouraging. In one instance, the shelf life of the Dashari mango, a popular crop across the country, increased from four days to 15. The fruit also gained in quality through such storage as the total soluble solids (TSS) of the mango increased from initial values of 8.8 to 13.0 during the cold storage period. The fruit also cut its weight loss during storage by 80 pc through the use of the cold room. The same is true for other fresh products where tests have shown that the shelf life of the tomato and capsicum increased upto 15 days and 21 days, respectively, in the cold storage as compared to four-five days at ambient storage.

Farmers in India have traditionally been worried about the sun and the extreme temperatures that it often leads to. But now, with solar-powered cooling rooms, they may have the solution to harness the same excessive heat and use it to protect their crops, instead of seeing them go waste. 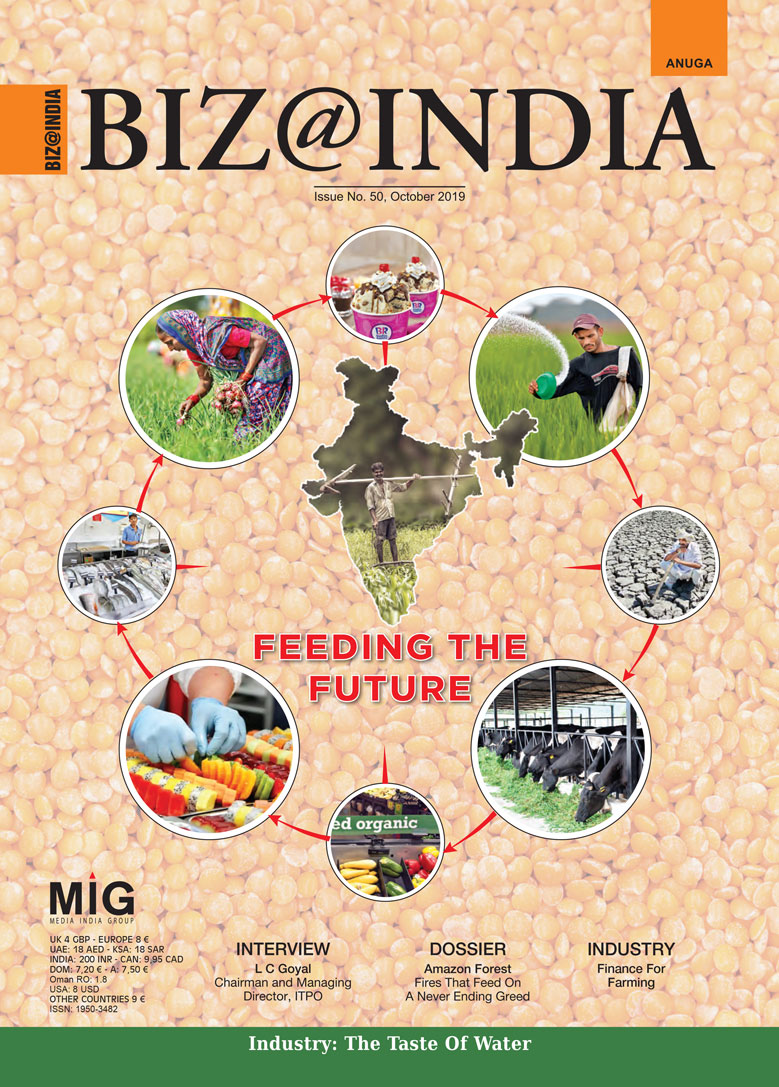 With just a day to go for Anuga food fair, 2019, this issue of Biz@India brings to you stories about the ever evolving Indian food industry and how it has transformed from being deficient in its food ... Read more

Solar energy to pave way for a sustainable future 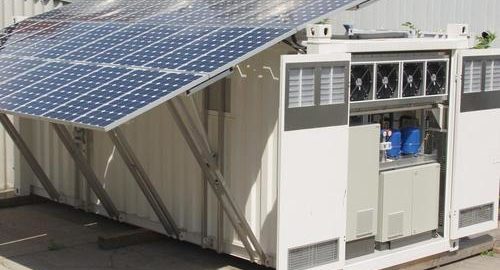 Loss of horticultural output due to lack of facilities

Solar installations in India drop down

Can India meet its ambitious targets for 2022?

Solar energy to pave way for a sustainable future

Loss of horticultural output due to lack of facilities

Solar installations in India drop down

Can India meet its ambitious targets for 2022?