Marija Labović, managing director, National Tourism Organisation of Serbia, speaks with India Outbound about their tourism products and their plans for the Indian market to promote destination Serbia through roadshows and B2B meetings in India.

How was tourism in Serbia in the year 2018? What was the figure of arrival and what is your target for 2019?

We are proud to say that 2018 was the best year for tourism in Serbia. In the recent years we have had double-digit growth in increase of overnight stays and arrival of international tourists and in total of all tourists coming to Serbia. During 2017-18, the market for Serbia that emerged the most with more significant increase is the Chinese market. But since 2017 because Serbia has abolished visas for citizens from China and for citizens from India, our next target is also India. The French market and the EU market in general is very important for us because most tourists we have are coming from EU countries and our neighbouring countries. But also, we have a significant growth in tourists coming from the long haul markets.

What are the product and segments that you are targeting?

Well in the first place for most of the tourists who are coming to Serbia, we conducted a survey which told us that they are mostly coming because of the cultural and historical heritage that we have and the beautiful nature, archaeology and gastronomy. So in that sense the first place that we are promoting is the city break destinations through which they can not only visit many of the historical heritage sites but can also enjoy our way of living through our gastronomy and the beautiful nature. On the other side for some markets they are putting more emphasis on nature so in that sense we are promoting those destinations in Serbia, mostly the western Serbia. Another important product for us is the Danube, because the river connects Serbia with 10 European countries. The important thing for Serbia is that on the river banks of Danube, we not only have our capital city Belgrade but also the second largest city in Serbia, Novi Sad that is going to be the European capital of culture in 2021. We have two national parks, many pre-historical and historical sites on the river banks. Therefore, Danube is very valuable for us as a tourism product in Serbia.

What are your plans for the Indian market?

We have big plans for the Indian market because as I said we abolished visa and now connectivity is much better. I have to say that if we had a direct flight, it would be even better but still connectivity is good enough and that is why we are planning to start from this year a very intensive campaign in November when we will be organising a roadshow in India. We will visit New Delhi and Mumbai where we are going to present Serbia, organise B2B meetings because our Serbian tourism trade is going to come with us, so we will have good opportunity to get closer to tourism trades from India and Serbia together, so that they conduct business and start with let’s say more extensive selling of Serbia as a tourism destination.

Do you already have the idea as to what segment of Serbia will attract Indians?

We believe that Belgrade, our capital city is a mixture of east and west, different civilisations that were living in Belgrade and all those cultural and historical sites they have will be very interesting. But we also believe nature is going to be something that Indians will love in Serbia. With the upcoming roadshow we will highlight winter vacation in Serbia because snow is definitely something we believe will attract tourists from India and Serbia is also a good place for winter sports as well.

Lastly, is MICE also a section you are looking at?

Yes, MICE is very important for us. According to ICCA we are the 50th destination in the world on basis of the number of international congresses we organised in the last year. We are among the top 50 for last five or six years now and we are putting lot of emphasis on MICE in our national organisation. We have a separate bureau, the Convention Bureau of Serbia that is in-charge of promotional activities related with MICE in general to corporate MICE and associations because we have seen significant increase not only in number of congresses and business meetings but also in incentive groups that are coming to Serbia. 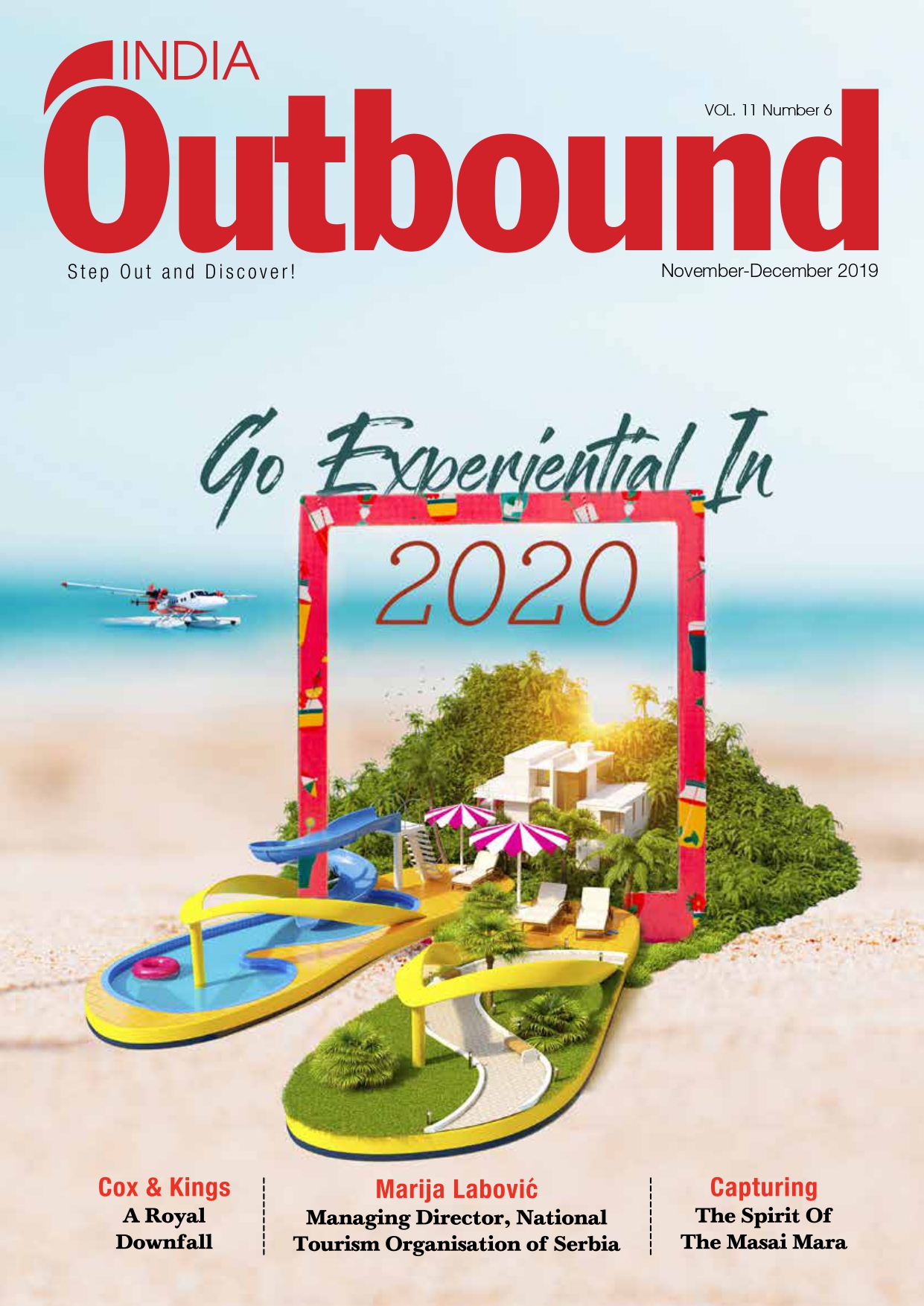 Have you decided on your travel plans for next year? Not yet? Well then get your hands on this issue of India Outbound where we offer you a slice from the three popular and touristy continents – Eur... Read more