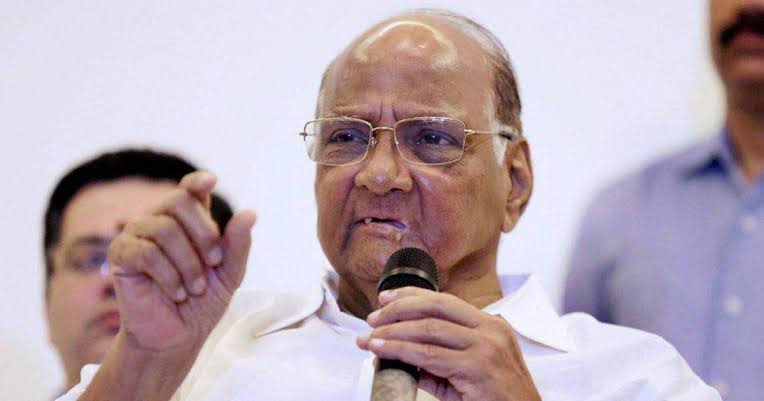 Government formation in Maharashtra has been in a stalemate nearly a month after the election results were announced. NCP leader Sharad Pawar is choreographing it as an improbable coalition is attempted between his party, Shiv Sena and the Congress.

With the benefit of hindsight, the Bharatiya Janata Party (BJP) may well rue its decision to train its guns on Nationalist Congress Party (NCP) chief Sharad Pawar in the INR 250 billion MSCB (Maharashtra State Co-operative Bank) scam because conviction in the cooperative bank scam is not going to be easy, while the political costs of offending the powerful Marathas has proved costly.

If the BJP loses a state as crucial as Maharashtra, as it looks at the moment, then it would face a double whammy. One, it would be short of a crucial province where it was nicely placed and second, the long-term consequences of imperiling its chances in the state’s 48 Lok Sabha seats remain high.

Even more significant, it is going to be pitched against two important regional parties, one NCP and the other its long-time ally and current nemesis, Shiv Sena.

Political sources say that a power-sharing agreement has tentatively been arrived at between the Shiv Sena-Congress-NCP to end the political uncertainty in the state. They suggest that Shiv Sena chief Uddhav Thackeray or even his son Aaditya will be at the helm, with no rotation policy for the post of the chief minister. There could be two deputy chief ministers — one each from the NCP and Congress, while an agreement can be reached between the two parties.

Not surprisingly, this broad understanding has been worked out by Pawar who, sources said, was the ‘moving spirit’ behind the efforts to prop up a non-BJP government. Analysts say that the Maratha strongman has the political guile to ensure that a coalition government lasts for five years, a step prompted in no small measure, in this case, by the Enforcement Directorate (ED) case against him.

Shiv Sena MP Sanjay Raut had on Monday met Pawar after the veteran leader’s discussions with Congress chief Sonia Gandhi, and expressed confidence that the state would soon get a government led by his party.

There is a good reason for Sena’s ire with the BJP. At one time, more than three decades ago, Sena was the Big Brother. The two came together for the first time in 1984, thanks to an anti-Congress front engineered by Sharad Pawar, who had not included the Shiv Sena in the multi-party coalition as he and then Sena chief Bal Thackeray were vying for same Maratha vote bank. Thackeray had the additional plank of Hindutva.

The BJP was made part of the alliance, but had a non-existent organisation in the state at that time. Thackeray arrived at an agreement with the BJP leadership of L K Advani and Atal Bihari Vajpayee and fielded Shiv Sena candidates on BJP’s election symbol in the 1984 election.

The Shiv Sena strongman had by then generated significant Hindutva sentiments in Maharashtra for the two parties to come together. A formal alliance was formed for the 1989 Lok Sabha election, in which the BJP was to contest on 22 of the 48 parliamentary seats in the state and Shiv Sena on six. Hindutva was the glue that bound them together and presented them as one unit to the voters of Maharashtra, election after election. An average voter in Maharashtra does not differentiate between the Shiv Sena and the BJP at state and national level believing they would be one post-election, even if they contest separately.

But scratch the ideological surface a little and bitter rivalry surfaces. In the assembly election held in 1990, Shiv Sena contested on 183 seats out of 288. While the Shiv Sena-BJP alliance was in opposition, the two parties competed for the post of the leader of opposition. This was the case even in 1990, when the Shiv Sena won 52 (of 183 contested) seats and the BJP got 42 (of 105 contested).

After the Babri Masjid demolition and communal riots in early 1990s, the Maharashtra assembly election of 1995 took place in a highly polarised background. This helped the Shiv Sena-BJP alliance come to power for the first time in Maharashtra. The two parties quarreled over portfolio allocation and the issues of governance throughout the tenure.

The 1999 assembly election saw tough negotiations for seat-sharing between the two parties. The Shiv Sena conceded 12 more seats to the BJP (117). But when results were declared, the alliance fell short of majority at 125. The Shiv Sena got 69 seats and the BJP 56 – ironically, the same number as the Shiv Sena has got this time.

For 15 years in opposition, the Shiv Sena and the BJP vied for the leader of opposition’s role. This was the time when Bal Thackeray ridiculed the BJP’s ambition to go 100 pc in Maharashtra. Thackeray used to say, Kamalabai (a reference for BJP’s poll symbol, Lotus) was blooming in the state only because of Shiv Sena.

But there is more to it. Back in the 1950s and 1960s, anti-Congressism was the glue that brought most political parties, particularly of the regional variant, together. With BJP’s rapid expansion, regional parties are likely to gang up against it, in order to protect their own turf. The Shiv Sena remains a classical instance of this newly-emerging trend.

A 70-year old dispute gets a final verdict

Kartarpur corridor: a curious dilemma, if there has been one

Indo-Pak rendezvous at the corridor

Elections for Congress sans the Gandhis

Full results from a half-hearted campaign