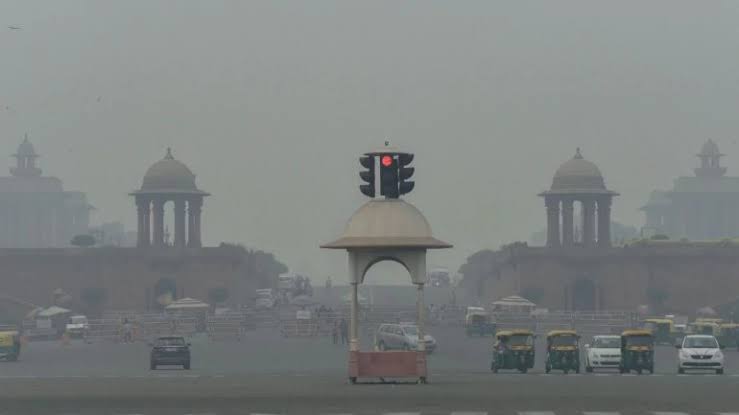 Air pollution in India continues to worsen each year, inflicting thousands of deaths on a hapless populace while politicians play blame game.

On November 4, roads in the Indian capital New Delhi again saw a restriction on private cars, with the implementation of an odd-even scheme. This measure, with doubtful and very limited impact on cutting air pollution, kicked in almost a week after the entire northern India, not just the capital, had been transformed into a giant, open air, gas chamber with extremely toxic fumes asphyxiating the nearly half a billion people that live in the region.

The air pollution guages across thousands of cities and villages of the Indo-gangetic plain have been hitting 999 parts per million or ppm as against a safe level of 60 ppm and they can not go any higher only because the guages are capped at 999 ppm. New guages clearly are needed to measure exactly how bad is the pollution, notably for the fine particulate matter below 2.5 mm, which is amongst the most harmful bits of air pollution, as they get through the membranes of the lungs and enter the blood stream.

The World Health Organisation (WHO) says the average exposure through the year to PM 2.5 should not exceed 10 micrograms per cubic metre of air. A study published in the respected medical journal Lancet showed that in northern India, the peak levels breach the 1,000 mark and the average exposure is at least 13 times more than the safety limits prescribed by the WHO. The study, collating data for 2017, says that while the average mean exposure per year is about 90 mg, the states of Haryana, Uttar Pradesh, Bihar and of course Delhi, have mean levels of 128.

The study goes on to say that 1.24 million deaths or one in every eight deaths that occurred in India in the year 2017, were due to air pollution. In addition, nearly 40 million people were afflicted with long-term impacts of air pollution, reflecting in the Disability Adjusted Life Years (DALY), where India accounted for more than one in four of all such afflictions around the world in the same year. In addition, India also sees hundreds of millions of cases a year of outbreak of bronchitis, asthma and other cardio-pulmonary diseases, blamed on the toxic fumes that India is consistently enveloped in, each year, around the same time.

Ironically, but perhaps not so surprisingly, the northern Indian belt which is the worst hit by air pollution is also the poorest part of India, with the worst health and social indicators, meaning it is the weakest and poorest sections of the Indian society that have to bear the brunt of the dangers of air pollution.

For the past decade or so, it has indeed become an annual phenomenon in India, with a place for itself on the calendar. Each year, around this time of the year, the entire India celebrates Diwali, the festival of lights, lighting up millions of lamps and setting off firecrackers for almost a week. The day after the most important day of Diwali, the entire area gets covered with a bitter and acidic smog. Diwali also coincides with the time when farmers in the area, numbering several hundred million, clear their fields in preparation for planting of winter crops and the easiest and least expensive way for them to clear the fields is by burning the stubble of the previous crop. This, along with automotive, industrial and domestic pollution, adds up to make the annual smog.

None of these events is unexpected or unknown, yet the Indian government has failed in taking any mid-term or long-term steps that could really make a difference. Only when the situation becomes unbearable, as it is now, does the government move with short-term measures such as bans on cars moving in the capital, which are anyway of extremely dubious value in combating this menace. But once the situation improves, several weeks later when the winds from north-west pick up and clear the smog, the issue is not just off the media but also away from the government’s priorities. In fact, during the current crisis, the only thing that the politicians have done is to blame each other, especially as the state of Delhi is governed by an opposition party. The government, especially the federal one, has been highly insensitive in its response to the crisis as instead of initiating measures to curb pollution or improve health facilities to limit the impact of air pollution, India’s health minister tweeted about the benefits of eating carrots to prevent night blindness, prompting response from some that the air pollution had led to ‘day blindness’ as well. India’s environment minister took time to tweet about listening to music in the mornings, instead of addressing the burning issue.

As a result of any long-term or even mid-term planning and measures to curb air pollution at all its sources, the situation across India has only worsened over the past decade. In the interim, New Delhi has replaced Beijing as the world’s most polluted capital, notably because the Chinese leadership, at city, region and national level, took the health emergency seriously and has undertaken several measures to curb the air pollution dramatically across vast swathes of China.

Indian politicians, in contrast, have failed to initiate any such measures. In many ways, it seems that the dictatorship ruling China is actually more sensitive to its citizens’ well-being and the needs of the country than the governments of the world’s largest democracy. Fortunately, protests have indeed broken out in New Delhi against the government’s inaction. Hopefully, the noise and sight of these protests would get to the ears of the environment minister and the eyes of the health minister.

Development at the cost of environment

Tackling air pollution can save millions of lives, says WHO report