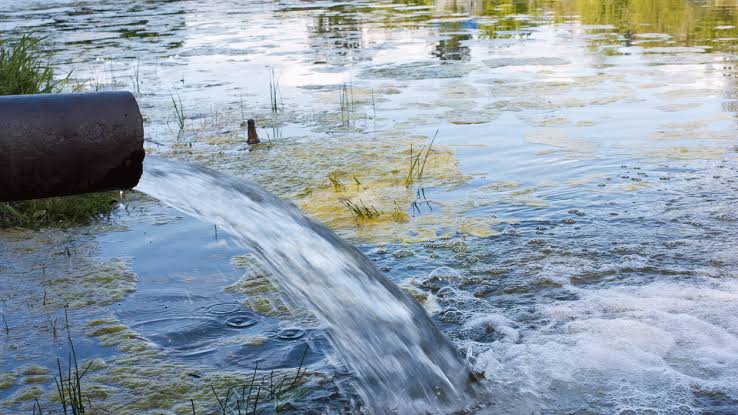 According to a new OECD report, very little is being done to prevent pharmaceutical residues from seeping into soil, water supplies, freshwater ecosystems and the food chain, or to assess potential risks of the same.

Recently in Hyderabad, capital of the south-Indian city Andhra Pradesh, researchers from Sweden found a myriad of pharmaceutical residues in water bodies in the city and to prove their point they had actually extracted the pharma traces to manufacture a mock pill, which they named ‘Sordidum Pharmacum’. It was done to highlight the extent of pollution in the city.

Pharmaceuticals are an important element of medical and veterinary practice, and their beneficial effects on human and animal health, food production and economic welfare have been widely accepted. However, an area which is lacking an understanding is what happens when these pharmaceuticals are constantly discharged into the environment, through pharmaceutical manufacturing, consumption and excretion, and improper disposal of unused or expired products.

A report by OECD titled Pharmaceutical Residues in Freshwater: Hazards and Policy Responses mentions that the vast majority of the roughly 2,000 active ingredients currently used in human and veterinary pharmaceuticals have never been evaluated for environmental risks. Several dozen new active ingredients are typically approved for use each year.

A study cited in the report estimates that 10 pc of pharmaceuticals have the potential to cause environmental harm. Those of greatest concern include hormones, painkillers and antidepressants. Concern over rising antibiotic content in wastewater fuelling the spread of drug-resistant microbes has been raised at G20 level.

Pharmaceutical residues can enter the environment during the manufacture, use and disposal of medicines. When humans and animals ingest medicines, between 30 pc and 90 pc of the ingredients are excreted as active substances into the sewage system or the environment. Some medicines are thrown away unused, going into landfill, or from bathroom disposal into sewer systems. In the United States an estimated one third of the four billion medicines prescribed each year ends up as waste.

According to the report, “The effluent of one WWTP serving 90 manufacturers of bulk drugs in Patancheru, Hyderabad, India was found to have levels of ciprofloxacin as high as 32 mg/L which is considerably higher than levels found in the blood of patients taking antibiotics.”

It also added, “The most striking finding from this Indian WWTP was that all bacteria isolated inside the facility were found to be multi-resistant to antibiotics which can have global consequences for the spread of antimicrobial resistance. Furthermore, in the receiving lake and up to 17 km downstream from the WWTP, the levels of resistant genes were high.”

Because pharmaceuticals are designed to interact with living organisms at low doses, even low concentrations can affect freshwater ecosystems. There is growing evidence of negative impacts, with laboratory and field tests showing traces of oral contraceptives causing the feminisation of fish and amphibians and residues of psychiatric drugs altering fish behaviour.

What can be done to counteract the problem?

This problem needs immediate adequate measures to manage the risks or else the situation may move towards worse as the use of pharmaceuticals rises with ageing populations, advances in healthcare, rising meat and fish production, and as emerging countries increasingly administer antibiotics to livestock.

The report has laid out a few steps that the countries should adopt to deal with this issue. It stated that they need to increase monitoring and reporting of pharmaceutical residues in the environment along with considering environmental risks in the authorisation of pharmaceuticals. It also asks the countries to provide incentives to design pharmaceuticals that do not accumulate in or harm the environment and also to look into reducing their interaction with environment, for example by using public procurement to demand high standards of manufacturers or with “take-back” systems to return unused or expired medicines for safe disposal.

Concerned over pollution by drug manufacturers, Department of Pharmaceuticals (DoP) has urged the industry to be vigilant about antibiotic residue in their plants’ effluents and written a letter on October 11 to Indian Drug Manufacturers’ Association (IDMA), Organisation of Pharmaceutical Producers of India (OPPI), Indian Pharmaceutical Alliance (IPA) and other associations asking them to adopt more sustainable manufacturing process.

“The government and companies need to work together on formulating and following the correct norms to tackle this problem. However, we need to steer clear of knee-jerk policy change that will either poorly impact the country’s ability to produce and export drugs, while ensuring that we create a time bound scientifically backed plan for it,” said Charu Sehgal, partner and leader for life sciences and healthcare sector at Deloitte India in reference to the letter.

One of the important measure would be for the governments to raise awareness among the public, doctors and vets to reduce excessive consumption along with upgrading wastewater treatment plants with technology to remove pharmaceuticals.

The single-use plastics to be banned from October 2!

Big Boss may be watching you